There’s now many different application virtualization technologies on the market. It appears currently that Microsofts App-V is the market leader with VMWare ThinApp the second most widely used solution. A few years ago the feather in the cap for VMWare with ThinApp was how portable the applications can be. This is still a major selling point, however the product has also progressed significantly over the last 2 to 3 years. VMWare achieve portability by removing the requirement for a client software to be on an end user device in order to run a virtualized application, this certainly set it apart from other solutions such as App-V. Application installs are simply captured with very little input required during the process. The Capture tool can also output ‘standalone’ .exe files that serve as entry points for the application. So as an example, you could capture an application and grab the .exe say for, Skype and put this on a USB key so no matter where you go you have it available and you can even execute it from your USB key. This coupled with the advantages shared with all other virtualization technolgies such as isolation mark ThinApp as a very attractive option for any IT shop!  This is not the only option, however as you can also generate an MSI wrapper to deploy your virtual ThinApp application via your traditional Distrubution System, as well as using the new App Sync option which enables you to stream your application from a central point, similar to Microsofts App-V. Also similar to App-V you can allow isolated application to see each other, incase of application dependencies by using App Links. It’s funny but with the newer versions of ThinApp, it seems to become more and more like App-V. Likewise with the newer version of App-V, it seems to become more like ThinApp in it’s simplicity, flexibility and scalability. 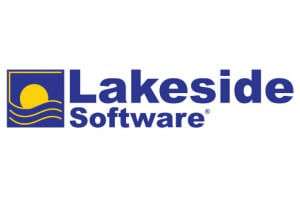 Systrack is an incredibly robust environment analysis tool which can aide in the planning and design phase of migration projects of all kinds e.g. Migrating to newer Windows OS, Moving to VDI solution, Moving to Virtualized applications. It encapsulates several …