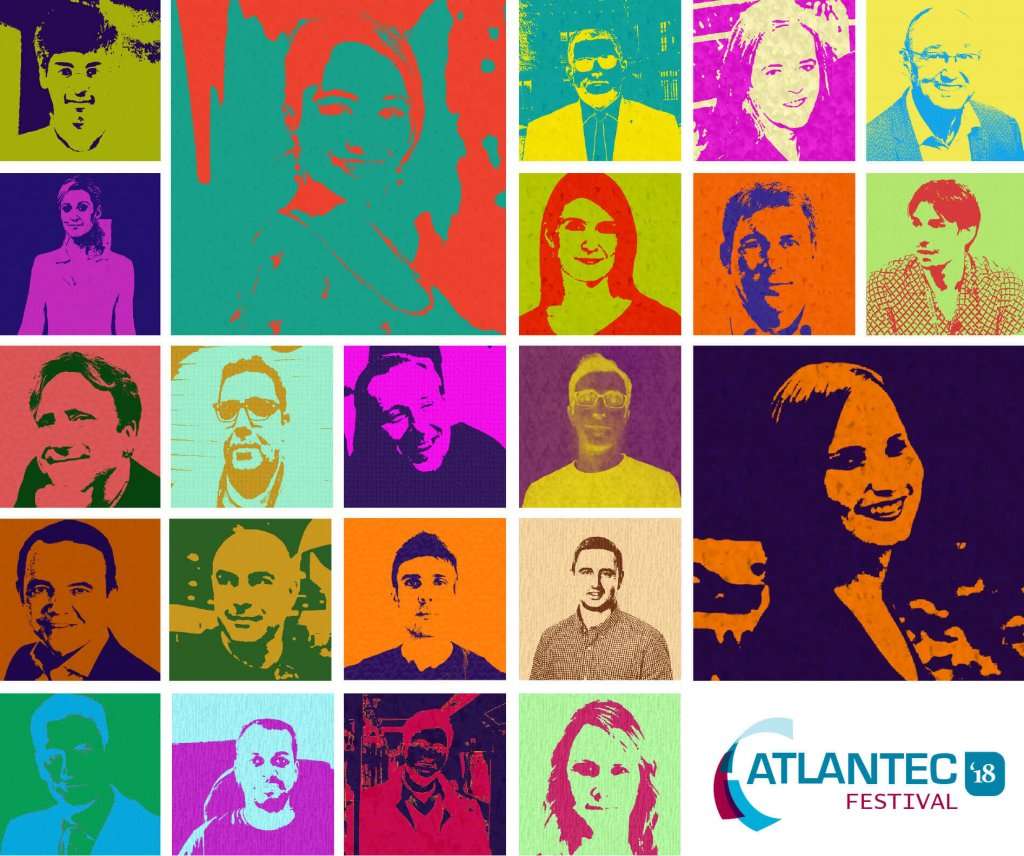 I had a very busy few months preparing for my sessions for the Citrix Master’s Retreat and attending my first Citrix Synergy. I had planned a trip to Ireland for almost a year and leading up to the trip an opportunity presented itself to speak at the Irish VMUG. Having stretched myself thin for quite some time I decided to discuss the possibility of taking a day to attend the event with my wife and with very little convincing I decided for the first time ever, I would actually use all of my time off to switch off from anything work related.

I’m in the country & only now just learned of #vTechsummit18

Hopefully I’ll get to go to a future event! Hope everybody had fun. I did promise my wife I wouldn’t do anything work related & I’m going back on that by going to @atlantecfest BUT in fairness, it’s also my hobby!

That was until I realized the Alantec conference would be on! I actually reached out to the organizers about speaking at one of their first events but it didn’t line up with when I would be back in Galway. This time it all lined up! My wife was supportive, took our son for the day in a city she doesn’t really know and allowed me to check out the conference!

Before getting into some of the session content, I spent some time in the vendor exhibition hall. When I moved to the US in 2012, the tech scene in Galway had taken quite a hit. I was heartened when speaking to people at the conference and with the vendors, some of whom were relatively new to the city and others who are not even currently based in the city but in the late stages of planning to open an office in the near future. All great signs of not just a recovering tech scene in the city but a thriving tech scene.

I have stayed in touch with friends and former colleagues. I am aware of a lot of development work around IoT, AI, and App Development and because I fancied myself as a gamer in a former life, I’m aware that the legendary John Romero also lives in Galway and helps out at a local Coder Dojo. It’s a great place to be for techies right now.

I have to say, I was also a little intimidated too! I hope to move home to Galway next year. When speaking with people in the industry in Galway, it seems like things have progressed past me! While I’m working mainly on virtualization and cloud projects, people in Galway have advanced to IoT, VR, AI, Machine Learning, Big Data and working on some really outside the box projects. 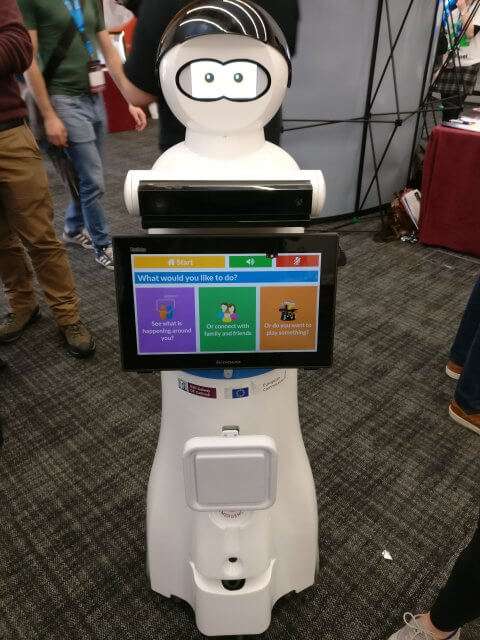 Case in point! Meet Mario from NUIG’s Project Mario. A really cool project that was part of an EU innovative initiative to address challenges of dementia with the assistance of robots. Mario combines various different consumer products with some slick development and most importantly a keen awareness of the challenges people with dementia deal with.

My grandfather from Galway suffered with Alzheimers in his final years. Mario features a tablet interface and Microsoft’s Kinect 2 device for it’s advanced camera, the robot is also mobile and can be moved remotely as needed. You can store pictures or videos that are of significance to your loved one for easy access at any time through the tablet.

Instantly, I thought of how my grandfather would often watch old All Ireland Finals featuring the Galway hurling team. Instead of playing the old worn VHS tapes over and over, I could have digitized these and made them available through Mario. My grandfather also loved traditional Irish songs from his youth and Johnny Cash which I could put at his fingertips. All in an easy to use touchscreen optimized interface, perfect for an elderly person.

Probably coolest of all, you could also have a video call with loved ones from the tablet using the camera. With the robot and with the easy instant access to family, Project Mario addresses one of the biggest challenges of dementia, the isolation.

Gamers really hated on the Kinect 2 because Microsoft made an error in judgement by making it mandatory during the initial launch of the Xbox One BUT I have one and I can tell you the camera is really great. It has an auto-pan feature and can follow the speaker around the room which could be perfect for a person with dementia.

Congrats to Dympna and all involved with Project Mario on all of it’s success. It’s well deserved. I’m not really the academic type but this made me think about going for further education in the future.

Atlantec 2018 just so happened to be held during a very unexpected and rare heatwave in Galway. The lovely people at the venue (NUIG Bailey Allen Hall) had us covered. Before recommencing with the sessions after the lunch break (the lunch also looked amazing, the college bar food has always been very good) they offered us all Ice Cream, a great touch! I call this out because it typifies the spirit of the event and really what I imagine events in the city can benefit from. That is, Galway is a really chilled out place. The people are among the friendliest in the world and the conference certainly had the Galway feel to it and that’s a very high compliment.

The sessions at the conference followed the theme of AI and Machine Learning. It was very much developer focused but even though I’m not a developer I didn’t feel out of place much at all and with great speakers like Gary Short from Microsoft my interest never wained. Gary’s session was the highlight of the day for me. It was a glimpse into a world I don’t really know.

He told us about a customer who had thousands upon thousands of chickens. The problem was they had so many chickens, they couldn’t keep count of them. They approached Microsoft for help. As shown in the picture above, he tackled it with machine learning. I hope Gary will present this session again at many different events so I won’t give away how they achieved it but he goes through incrementally how he coded a solution. He was also honest about how it wasn’t quite perfect yet but much to my astonishment, although he told the customer he could make it better they said don’t worry about it. Explaining “That margin of error is fine. Right now we have people going through manually counting the chickens. The margin of error is much larger so this is already a big enough improvement for us to use it right away.”

I wonder what else is so inefficient today that even a first pass with machine learning would be a better solution that was is used today.

The reason Gary’s session resonated was not only his ability to break things down into very simple terms for a dummy like me the non-dev in the room but also his ability to splash in humor throughout. That is not easy to do and many attempt it and fall flat but he pulled it off perfect. Microsoft, you have a rockstar on your hands there!

Overall, I really enjoyed Atlantec. It was a great feeling to go to such a cool tech conference in my own hometown! I’m very fortunate to get to not only attend many conferences now but also speak at many! When I was in Galway I was still pretty early in my career. I tried to start some user groups there but didn’t have much of a presence or influence. I was working in something very specialized and didn’t get to attend any events like this one or speak at any events.

I only hope that when I move back, I will be able to contribute to the local tech community in some measure. With such a strong tech community and so many skilled tech workers, it is no surprise that companies like HPE, Cisco, DXC, Micro Focus, Oracle, Storm Technology, Avaya, Fidelity, Intec, EA, APC, IBM, SAP, Shopify and so many others choose Galway to setup a base for their tech professional teams. If you are a vendor considering setting up a presence in Ireland, I strongly suggest you check out Galway. If you are developer or even just a coder by hobby, I can’t recommend Atlantec enough. Check out next year! Thanks very much to ITAG and all at Atlantec for having me at your great event. See you soon!

Credit to Atlantec for the featured image on this post.