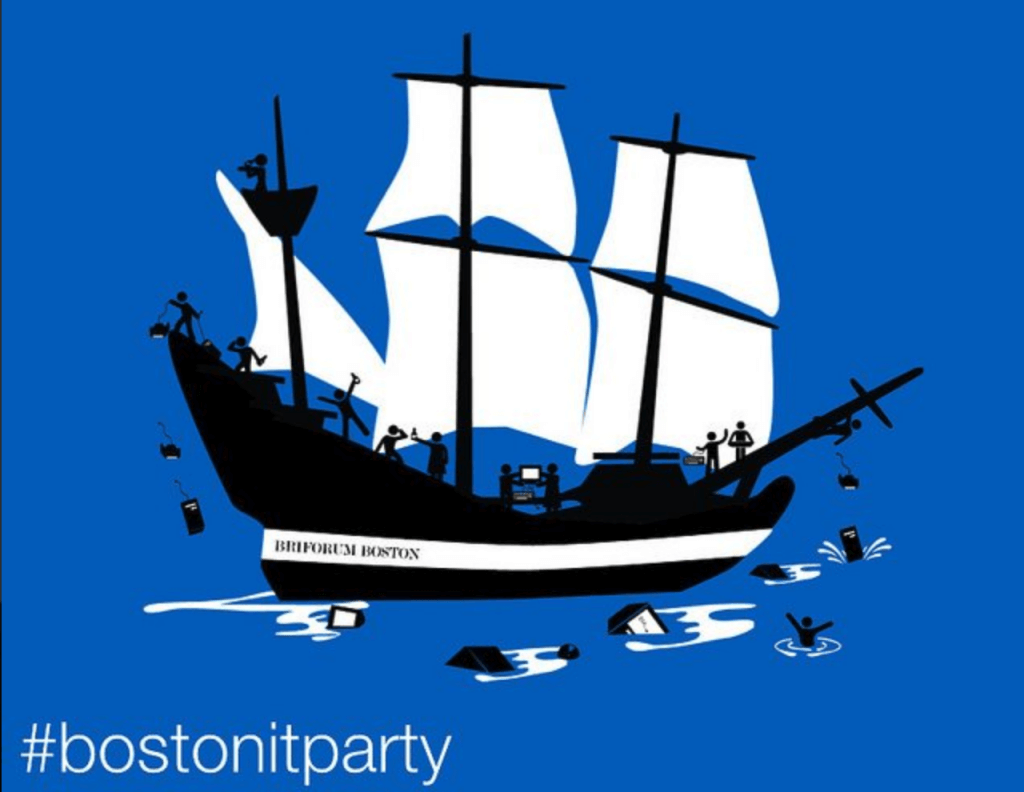 BriForum is an event I first heard about, back when I was working in Ireland. It was very highly rated as a great source for Independent, no BS Tech discussion! I had always read info about BriForum events with envy, unfortunately I was working in Ireland during the worst economic decline in the nations history, the timing of this did not lend itself very well for the prospect of me being sent to any tech conferences. Well, this year I finally got my chance. I submitted multiple sessions and crossed my fingers…a few weeks later, I got an e-mail to notify me that two of my sessions had been accepted! I was not only going to be attending my first BriForum, I’d actually be presenting too!!

As I write this blog post, I’m actually flying back from Boston to Phoenix. BriForum 2014 finished today, while I’m sad that it’s over and disappointed that I didn’t get to see all of the sessions I wanted to (There was so many great sessions and so little time for me!, a good complaint to have) I’m also feeling pretty inspired. I’m already thinking about what sessions I can submit for next year! This event was quite unique for me, as some of you may be aware, I currently work from home, which means I don’t get to actually meet the people I work with in person very often. We only ever speak via VOIP. I had the pleasure of meeting my colleagues Ryan Will and Drew Waltz for the first time. I even got to present a session on App-V with Ryan. I think we complimented each other great and worked well as a team! I hope people who attended found our session compelling!

Unfortunately, I was cursed by the Demo Gods in my second session about MDOP. I had about 25 minutes of Demos, the display kept flickering off and on throughout the first few minutes of the presentation. Thankfully Ryan Will came to my rescue and after less than 5 minutes I was setup with his laptop and was back up and running. I apologize to those who had to sit through the first half of that presentation! I thought I would get away with it! I recorded my Demo’s to avoid this kind of shit and still the Demo Gods figured out a way to smite me. I’ll bring every laptop and adapter I own to the next conference, I promise you that! I received some nice feedback via Twitter and after the presentation itself from people who approached me. I really appreciate the support! If you’d like to re-watch my Demos and view my slides I have made them available:

BriForum 2014 was also the very first time I met Ruben Spruijt! A sharp, sharp guy who I’ve been collaborating with for the last two years, I’ve been researching and contributing findings for the Application Virtualization Smackdown eBook. He even brought me 5 copies of the actual printed book too. Thanks for that Ruben! Cool having my name in a book as great as this! This conference also afforded me the chance to meet up with people who I first met at the MVP Summit or E2EVC this year. It was great crossing paths with some of the smartest guys in the Industry again such as Shawn Bass, Dane Young, Nicke Kallen, Tim Mangan, Benny Tritsch, Kevin Kaminiski and Aaron Parker.

For my review of E2EVC, I gave Denis Gundarev the nod for best session, in my opinion. I went to watch Denis again this time around, who again just knocked it out of the park but I’d like to share the love a little bit. Two sessions I attended this time around really stood out. Ruben and Jeroen Van De Kamps presentation about trying to predict IT trends and what the year 2020 may look like! That intro video was something else and the actual format of guesstimating what will rise in popularity and what will fall away was fun to be a part of! Second, My fellow App-V MVP, Aaron Parker presented a session called Hands Off my Gold Image. He basically presented everything you need to know about creating an image in MDT, maintaining images, automating these images and optimizing…no kidding, everything you need to know. From beginning to end in amazing detail. I spoke with Aaron who told me he presented this same session before but he added to it. So, if you saw him present this before, it may still be worth you while checking out the recording! I have used MDT 2010 in the past for creating images but I still learned some cool new things from his presentation. Thanks for your efforts Aaron!

You can get a copy of his slides HERE I brought my Surface Pro 2 to the event and tried to live tweet sessions whilst also taking my own notes. So, check these out for some of the more notable points that I took away for the week:

–        4 – What did one Ocean say to the other? Nothing, they just waved. (Jason Conger providing some filler while waiting for something to load)

This was the first event I attended which had vendor booths at it. That was so cool! I got to see some new products I wasn’t even aware existed. Sphere 3D is one I’m definitely going to keep an eye on. So many vendors have promised to help you deliver any app, any OS, any device before but these guys seem to have a working solution. I have more questions before just out and out announcing it as our new savior from the evils of legacy applications but it’s worth a look, for sure! I somehow missed PowWows booth the first two days I explored the room, my colleague Mike Nelson told me I needed to check it out and so on the last day I did…All I can say is Wow!!

You’re able to deliver any old windows application to your mobile devices…virtual of course, nothing new and innovative there, right? It’s just hosting the applications and presenting on the end user device. Boooooooo!…. Not so fast! With this tool you have the ability to quickly modify existing applications to be Device friendly e.g. if you have a Windows application that looks like hell on a Tablet or Smartphone, you can deliver it to a Tablet with a modified UI which is optimized for that device! I can’t do it justice but seriously, go check these guys out!! Unfortunately, I didn’t get to attend Brian and Gabes session. This was due to the fact I was presenting at the same time as them. I was convincing myself all morning that nobody would show up to my session but I’m happy to say that many did. I did get to see Brian make the closing address which was very funny! I enjoyed when he announced next years location as Akron, Ohio (where he’s from)..it was a joke. Somebody told him that nobody would be willing to go to Akron and then he moved to the next slide to show that it would in fact be held in Boston again in 2015. Which is the home of Tech Target. Which leads me to my closing remarks here! The location was amazing, the level of organization and professionalism of all involved was incredible! The Vendors who attended to show off their tech were very nice and approachable at all times. Boston itself, was fantastic. I have been to Boston a couple of times before but didn’t really enjoy it. I’m happy to report this time around, I loved it! The City is amazing in the summer! So many great restaurants and friendly people! The area the venue was in was beautiful! Transport was very straight forward. All in all, I am delighted with my first BriForum experience and can’t wait until next year. #BostonITParty2