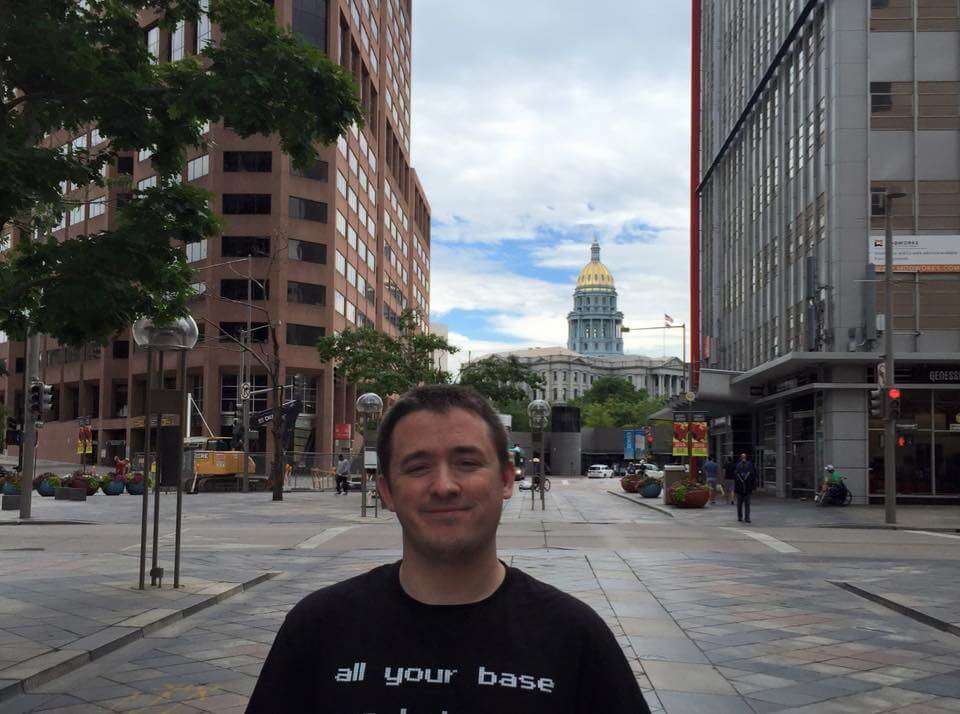 This year, I had the pleasure to speak at BriForum for my second year! In 2014, I presented two sessions. This year, I presented one session on Monday the 20th of July. I learned something about BriForum this year. BriForum is just like Disney World, you can’t experience it all in one day. Unfortunately, due to other commitments I could only attend the day that I presented. Brian, Gabe, Jack and the team over at BriForum consistently put together a well organized, kick ass conference!

This year the conference was held in Denver, Colorado. A city I had never been to before which was great for me! I love discovering a new place. My first impression was “WOW, this place is so clean!”. Denver is a really beautiful little city! I went in with low expectations of the city itself. Everybody I hear talking about Colorado, always talks about how great the countryside is and the rolling Rockies!

The only tidbit I had heard about Denver was Anthony Bourdain railing against the quality of food there. Well, it turns out Mr. Bourdain corrected himself in 2010 and said they now have food to be proud of! On this trip, I actually visited a cool restaurant that he went to. Biker Jim’s Gourmet Dogs!

In fact, every meal I had during my short trip to Denver was awesome! But not only that, the city of Denver is really cool. There was hardly any traffic all weekend. The Conference was held in the Westin Hotel in Downtown, which couldn’t have been more central. This was the very first conference that I ever attended, including last years BriForum, that had really solid internet! I had to download slides and videos before my session and it worked great! I even demo’d a product called Cameyo for the folks over at the Frame booth and it was very, very zippy!

Which brings me to the Vendor booths!

I got to catch up with a gentleman that I met shortly after I moved to America by the name of Eric Serno. We caught up, talked about what Citrix are up to AND I got to pick up my CUGC shirt. I will be helping to lead the CUGC for Phoenix. If you’d like to join, please register HERE. We will be meeting on the 4th of August at the Citrix Online office in Tempe, AZ. I also had a great in depth conversation with Edward Sepulveda about some of the changes that were made to Symantec Workspace Streaming with the release of version 7.6, which I was unaware of before my session! (Expect a blog post in the near future)

A couple of friends from Spoon just so happened to be in Denver at the same time, so I took the opportunity to meet up with them and also to get some free drinks from Kenji Obata! Kenji and Lee Murphy were telling me about some of the cool ideas and projects they have in the works. I won’t spill the beans here but I can assure you, you want to find out. Keep an eye on what Spoon are up to! Also, keep an eye on my site. I plan to upload the Demo of Spoon that I recorded for BriForum very shortly. In fact, this will be an unedited version. I needed to speed things up for time considerations for my session. Speaking of my session! I was blown away by the incredible attendance AND the kind words of appreciation that I received afterwards. It became standing room only and I was informed by my friend Ryan Will that they actually ran out of evaluation surveys!

It sounds corny and cliched but I honestly feel like the appreciation shown makes the hours of preparation that I put in, worth it! I was blown away to hear my session was picked as one of the standouts from Steve Greenberg on the great EUC Podcast.

This year I presented on the topic of Application Virtualization: Best in Show. For absolutely no reason at all, I decided to give my slide deck a dog theme. I also somehow managed to cram over 50 slides and 30+ minutes of Demos into my session! At one point, I realized I was running out of time, I asked the audience if they would like me to skip my last demo or try to fit it in and lose out on Question time. More Demo time, won out!

I covered technologies such as Streaming, Containerization and Layering. Touching on poducts that included App-V, Application Jukebox, ThinApp, Spoon, Unidesk, FlexApp, AppVolumes and FSLogix! If you’d like to check out the slide deck, feel free. For videos, keep an eye on BrianMadden.com

View Slides: BriForum 2015 – Application Virtualization: Best in Show and other presentations by rorymon.

I presented a similar session at the App-V User Group in the UK. In that session, I had two very short Demo’s and relied mostly on slides. This time, over half of my sessions was Demo’s. The slides by themselves do not do the session justice. I will be uploading my own un-edited full length demos to this site in the near future. So keep on coming back!

I absolutely love attending conferences! I was not always fortunate enough to get this opportunity and now that I do have the opportunity, I fully appreciate it. One of my favorite speakers Rick Dehlinger did not get to attend this year which was a shame but I got to see some other friends, albeit briefly. It was great to see Mike Nelson, Aaron Parker, Jarian Gibson and Kevin Kaminski. I also very, very briefly got to meet Earl Gay for the first time. I also got to meet the guys at FSLogix for the first time! Shout out fellas!

BriForum is one of the chosen few when it comes to conferences. It’s a can’t miss! I think it’s to Brian and the gangs benefit that their US conference is after Synergy and Ignite as some of the guys re-do their sessions at BriForum and like great stand up Comedians, massage it out and make it even better for the BriForum faithful! Don’t get me wrong, the vendors conferences are great too but at BriForum you’re getting Independent speaker and ‘Real talk’! If you have yet to attend, pencil it in for next year and I’ll see you there!