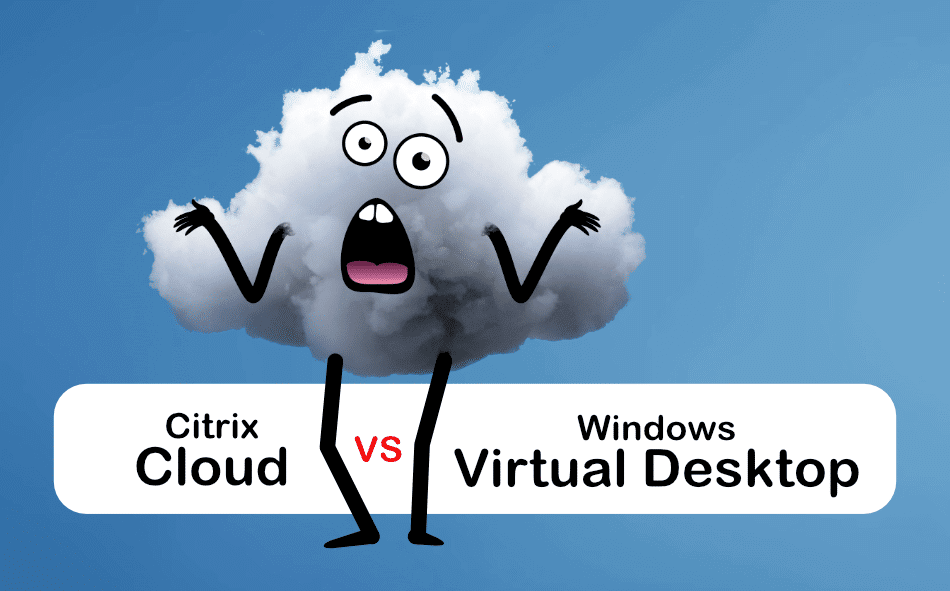 In my experience, while Citrix is very widely used in the enterprise, the remote work strategies of most organisations have relegated it to use for consuming the published resources internally on the corporate network from a traditional workstation in the office – remote access was secondary.  That was in the past – with COVID-19 that’s been flipped on its head and Citrix Cloud is high on the agenda.

This is just an excerpt, FULL ARTICLE AT ALGIZ-TECHNOLOGY

In my opinion, there’s been a profound shift for most organisations with office workers to a future ‘Work from Home’ strategy. The tech is already there to allow it, and for most, there hasn’t been a significant drop in productivity. The benefits and gains of such a strategy are clear to see.

Anecdotally, I have heard from friends and former colleagues about how they’ve adapted to enable their workforce to work remotely. For Citrix customers, many have purchased thousands of additional licenses and ramped up their Citrix farms to accommodate the demand. In a way, those who were already Citrix customers were the lucky ones. They already had a tried and tested mature solution at the ready.

What about those who did not have an existing Citrix farm? Or who didn’t have a proper remote access solution at all?

The ability to quickly get set up and running in the cloud for such a solution should prove pretty enticing, right? In the midst of a pandemic projected to cause an economic depression, Citrix saw a 20% increase in revenue last quarter.

Microsoft brought Windows Virtual Desktop (WVD) to the market last year and has seen Azure consumption grow significantly during these trying times. There’s been a three-fold increase in usage of WVD.

Of course, these cloud platforms aren’t just for those who don’t have their own data centres or solutions in place already. In fact, if you’re a Citrix customer, you have likely already had a salesperson try to incentivise you away from a traditional perpetual on-premises based Citrix license to a Citrix Cloud based subscription license. Possibly in a way that would allow you to continue completely on-premises for now with a view to transition to Citrix Cloud in the future.

Some organisations have been consuming Citrix products in a hybrid configuration with their own AWS, Azure or GCP tenants. In some cases they’ve even been running the user load up there, which can be quite costly, but with some cool benefits. For example, for those using VMware Cloud on AWS, they can use Citrix PVS in the cloud, whereas those using Citrix Cloud don’t have that option. (PVS is Citrix’s best product, in my opinion).

Unfortunately, for those already running user loads in their own cloud tenants, Citrix has started to apply a little pressure. With the release of Citrix Virtual Apps and Desktop version 2003, Citrix announced the deprecation of support for public clouds. For those who want to run a user load in the cloud, they’ll need to use Citrix Cloud OR stay on the Long Term Service Release version 1912 to keep a user load running on their existing tenants, which will mean they won’t get new features as they come out, only fixes.

That’s an important point. If I were writing this blog post a few weeks ago, I would have pointed out the flexibility for Citrix customers to run the products on any cloud platform they prefer vs Windows Virtual Desktop which is only supported on Azure.