Citrix Director: What is it Good For? 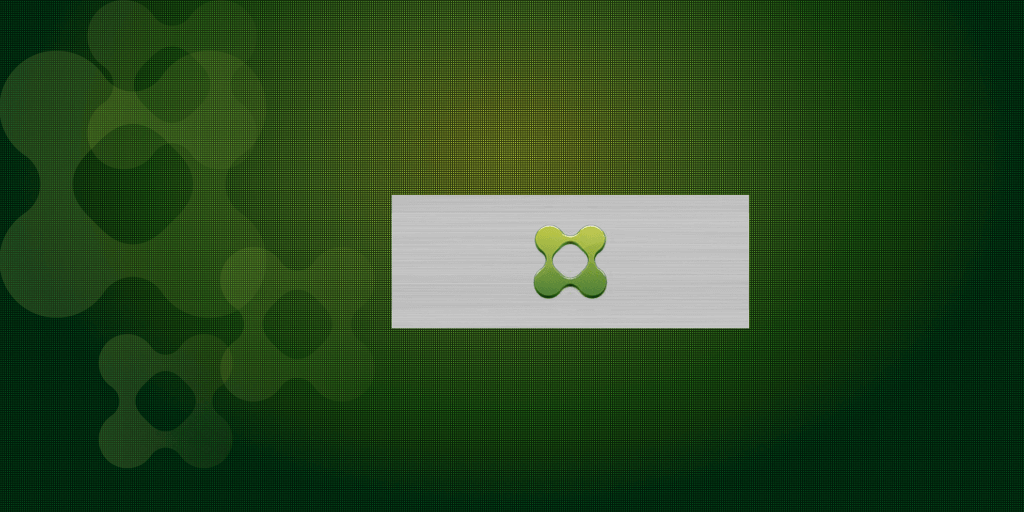 A lot was discussed, it was a pretty great session. One point that was brought up was the fact that Citrix’s monitoring product Director just isn’t very good. Personally, I have to agree. It’s not the best product out there for monitoring a Citrix environment. Director doesn’t hold a candle to competing products such as those from Goliath Technologies, EG Innovations, Liquidware Stratusphere, ExtraHop, ControlUp and likely others! I will get into each of these at some point on this blog post. Some of these products are very different than others so it’s definitely a worthy topic for further discussion.

Some of my problems with Director include the fact it’s inconsistent at reporting unregistered VDAs, which frankly is probably the number 1 thing you want to be alerted about. As recent as version 7.15, it also doesn’t seem to detect all logons (some of this may have been addressed in new releases, release notes list fixes which suggest this), which makes me question the accuracy of the data but it’s not all bad and if you already own it, it does make sense to setup, in my opinion and here’s why. 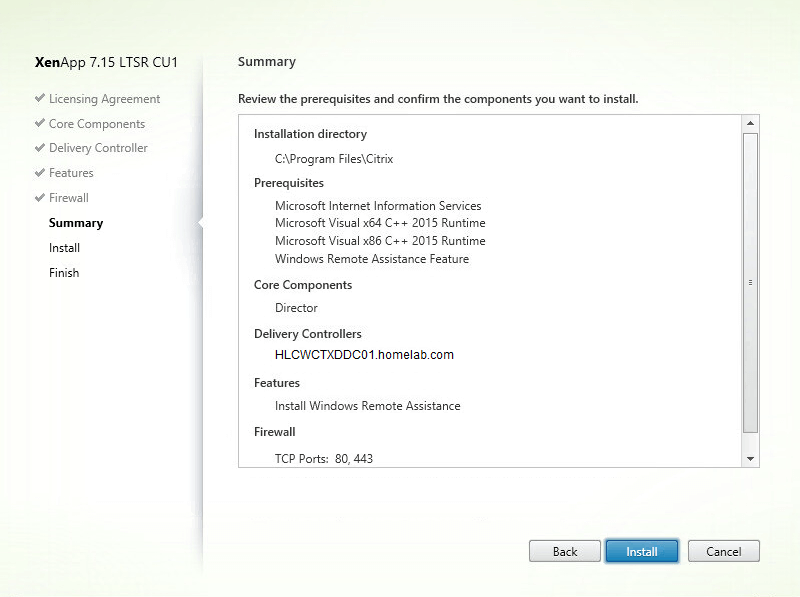 Citrix Director is pretty lightweight. You don’t need to setup a standalone database, add any extra network configurations or anything too intrusive. You can get by with a pretty light server. The installer takes care of everything required, installing all pre-reqs and auto-configuring the firewall ports for 80 and 443. All you need to do is point it to any Delivery Controllers you want to feed the data from. The XenApp and XenDesktop Studio 7.x version isn’t very portable but Director is a web app, in which you can find sessions, send messages to users from, force a log off, put hosts in maintenance mode and even power cycle them from so that can be handy. Honestly, some of the other products such as ControlUp allow you to do this too and have much more comprehensive management features but still, you can get something from a manageability standpoint with Director.

Whilst I have noticed it doesn’t necessarily catch all logon data, if you have a reasonably large user base it can still be pretty good for getting a good idea of what your end user experience is like by detecting the number of connection failures in close to real time. If you see many connection failures at once, it may indicate a system wide issue or it can suggest a persistent issue for a single user or workstation which is just constantly failing over and over. You can easily drill into the data and discover this in seconds.

You also get to see at a glimpse what the average logon duration is. Once you figure out what your typical average is you’ll know that if that number increases by a lot, you’ve got a problem. This is just data which is displayed on the home page for quick easy access, a living always up dashboard. A quick way to see if everything is humming along as expected or not.

There are many more dashboards you can get into which display larger sets of historical data from a few hours, to days, a month or a year. However, you should be aware that there’s a data size threshold, once passed the data is no longer displayed. Also, there are different data retention models depending on edition you are licensed for, with Platinum obviously providing the highest rate of retention.

Like with other products, viewing data over a longer time period provides a great view into deviations which may lead you to discovering undesirable performance effects caused by a change such as patching, network configuration changes or other infrastructure changes. It can also be useful data when checked the effects of a migration. 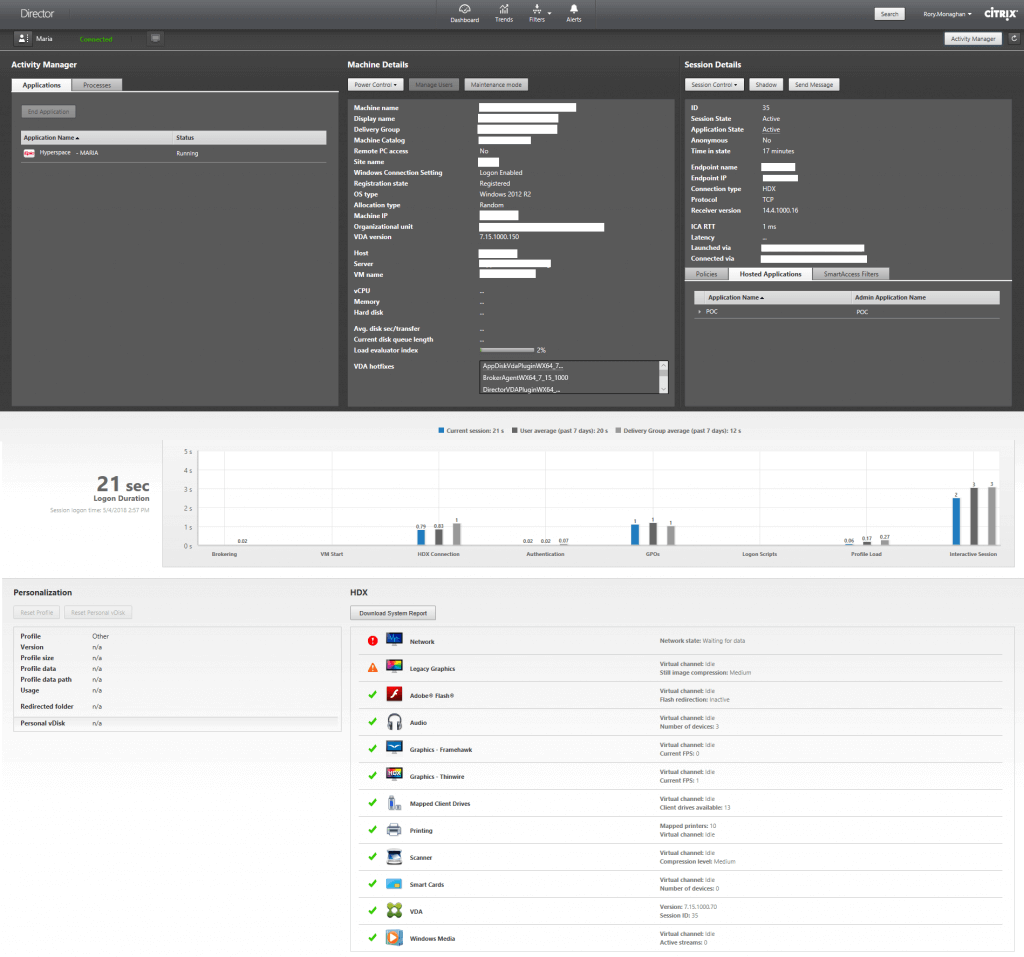 You can dig into sessions in real time. If a user requests help, or claims slowness such as above. You can dig into the session to see what phase of the logon the slowness occurred, you can get into actual processes, the applications and kill the process or log off the session. All of which provide value to Citrix Administrators.

It’s a lightweight tool. It’s not the best in class for monitoring, it’s not best in class for managing your environment but if you already own it, it is lightweight and it doesn’t hurt to set it up. It’s also something which has gotten better incrementally with each new release, so it will likely get better as time goes on. If you don’t own anything else, it’s a given that you should set this up but even if you do open something else, it’s so lightweight it might be useful to have more than one source for this kind of data. Also, in comparison to SOME of the other tools out there, the management capabilities are actually a little more intuitive so it may make sense to keep it for that reason too. I hope to expand on the topic of Citrix monitoring over the coming months to better address the alternatives out there and eventually get into the strengths of each.