This year at the Citrix Master’s Retreat in Prescott, Arizona we had the privilege of Datrium bringing some of their equipment with them to allow us to build a kickass lab environment over the weekend.

The video somehow managed to get 1k views in 3 days! Everybody loves a good lab build.

The video contains demos of what we built out. Datrium provided their open converged storage solution with 30TB for us to play with. The lab mixes in a lot of great products from the various sponsors of the event including ControlUp for benchmark testing, monitoring and management. FSLogix for their profile containers and application masking capabilities. App-V 5.1 with App-V Scheduler for real time virtual application management across our hosts and all on vCenter and ESXi hosting our XenApp and XenDesktop 7.17. We then testing from our laptops AND from an IGEL UD Pocket device. It was very cool.

Credit for the lab to:

Joe Shonk IV did most of the heavy lifting.
David Gautney helped get XenApp 7.17 up and running, he also tested with an IGEL UD Pocket device on his Mac. David also helped get the displays setup in the bar for the other sessions.
Bram Wolfs provided a free license for the enterprise version of the best App-V Delivery tool in the world, App-V Scheduler.
The full list of sponsors, as well as Steve Greenberg and team for making it possible.
And of course, Jameson Whiskey for fueling the late night efforts. 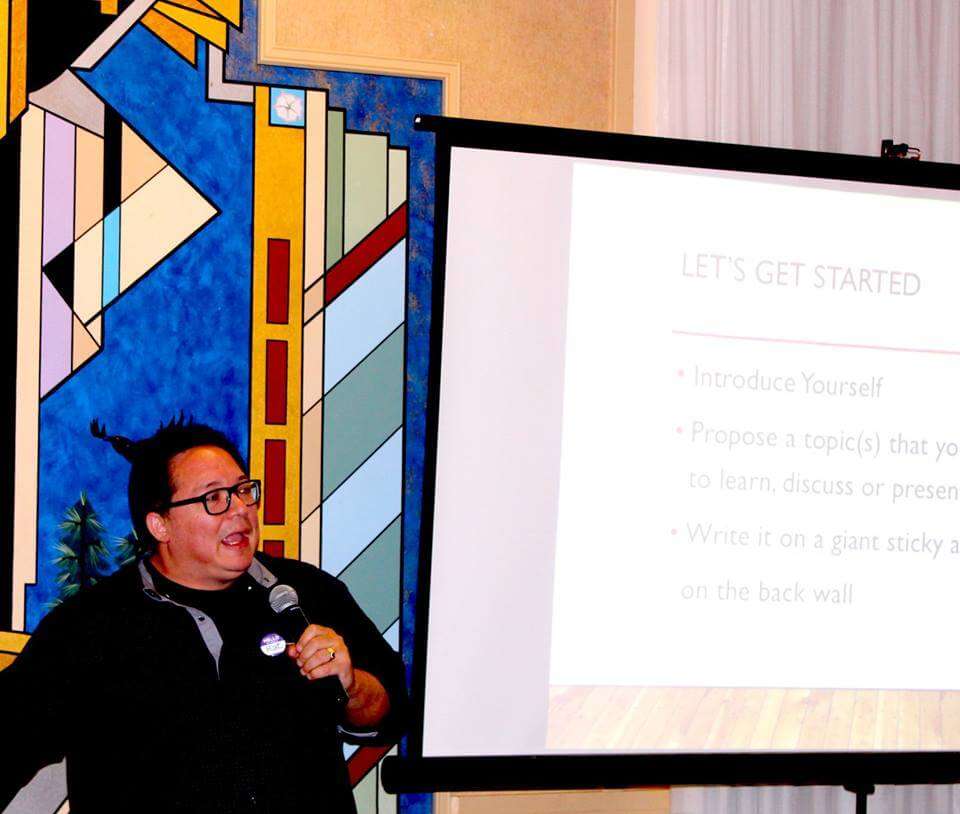 While this build out was going on. Rick Dehlinger, Gabe Knuth and Roy Tokeshi were building out other labs in the cloud and by THE CLOUD, I mean multiple cloud services e.g. Microsoft Azure, Amazon AWS and Citrix Cloud. Giri Sonty brought his home lab all the way from New Jersey, so we even had a Nutanix lab too! Not bad work for a few short hours on a weekend.

On the Saturday of the conference, it also happened to be Azure Bootcamp day. Roy Tokeshi pictured above registered our event as an official Azure Bootcamp and lead some Azure and Citrix Cloud training. 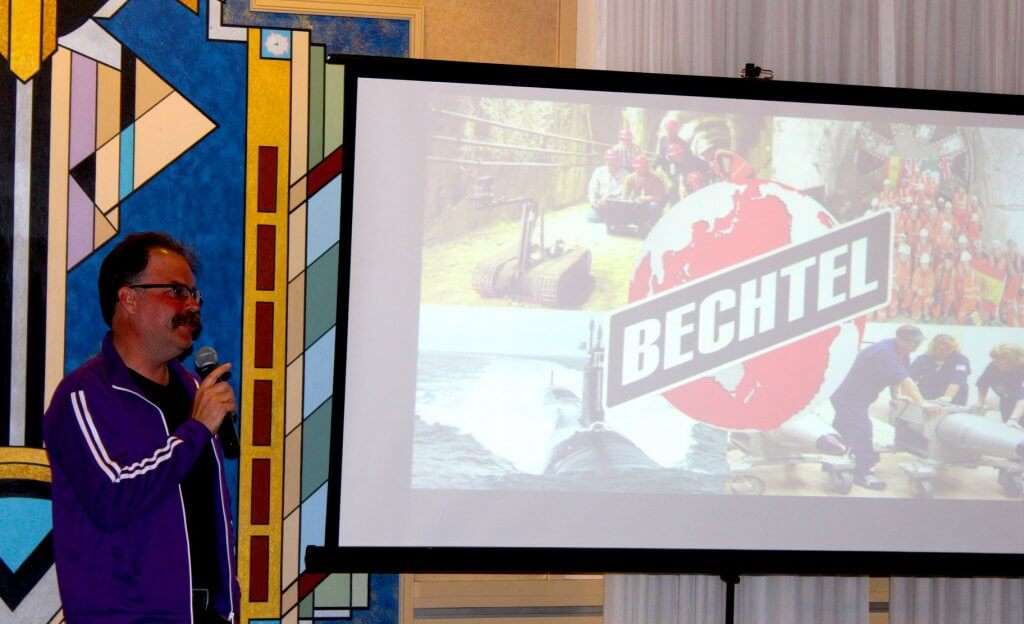 The great Chris Matthieu founder of Octoblu and now CEO of Computes was back this year as our keynote speaker and once again delivered in a big way! Chris is one fascinating person! His enthusiasm for tech is contagious and you can’t help but feel inspired when getting to watch him wax lyrical about his projects.

It was the second year of Chris for the keynote and also the second year we started Saturday with Samurai sword training courtesy of Dana Abbott. (Who was recently featured on the cover of Blackbelt magazine)

We had many great sessions. Demos and live setups by greats like Carl Webster and Hal Lange. Round table discussions on IoT and real world everyday challenges. 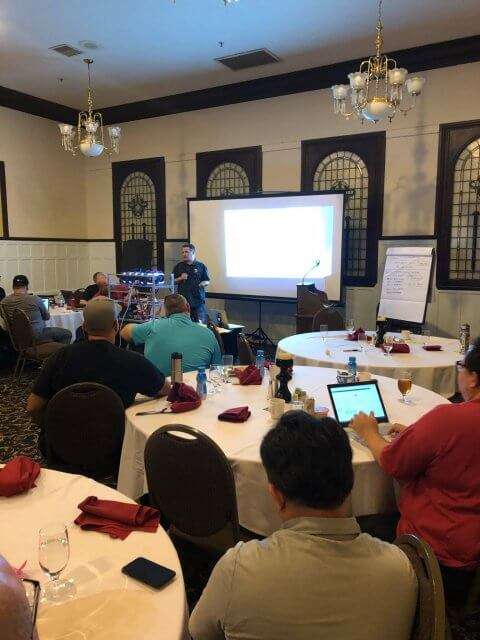 I tested all three with a set of applications to determine which had the highest rate of app compat in various deployment scenarios, as well as with applications with varying sets of components e.g. boot time services, user based install, drivers etc. I won’t give too much away but watch this space. I’ll post my results pretty soon!

Overall, it was another great event by Steve Greenberg and team. The hotel is amazing. The Wifi setup was much better this year. I’m not sure how the attendance compared but I would guess it was up this year. It seemed like pretty much everybody who attended last year returned again this year which says a lot for how good it is! The sessions were great, the weather was perfect, food was lovely and the company was excellent!

If you get the chance to attend, you really should! You won’t regret it. 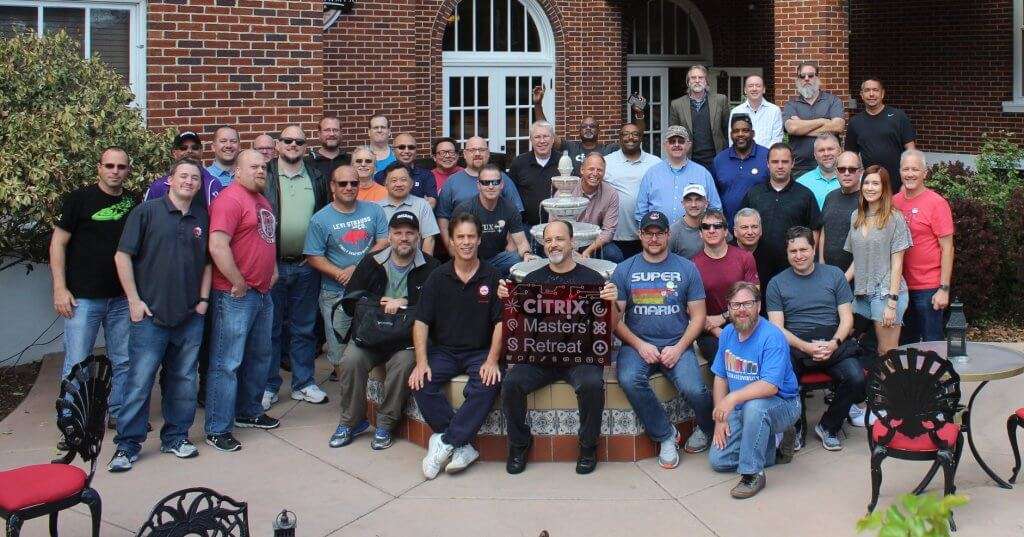