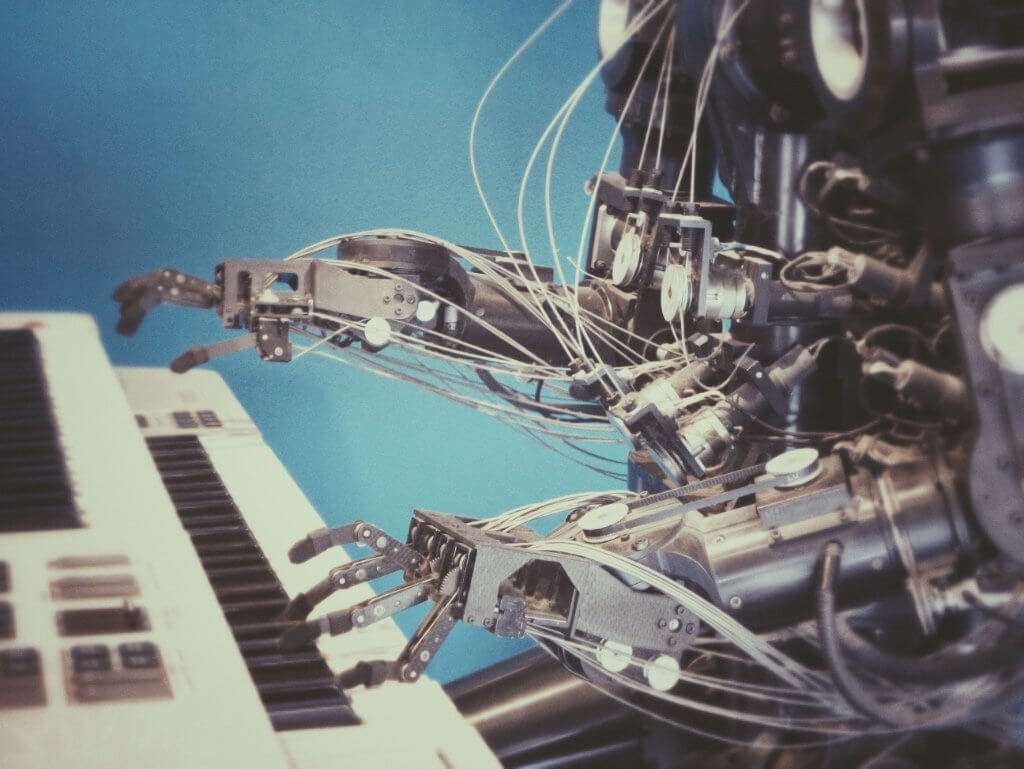 ControlUp have kindly become a sponsor of my site but this is NOT a sponsored post. About 2 years ago, I set out to try and blog about all Citrix Monitoring\Analytics products on the market. I have blogged about EG Enterprise, Goliath Technologies Monitor, Liquidware Stratusphere UX, EUC Monitor Platform, Citrix Director and ExtraHop. Now finally, a blog about ControlUp! I hope to blog about UberAgent and NetScout in future! I have had a blog about SCOM sitting in my drafts for 5 years..I may give that one a Viking’s funeral rather than post it. 🙂 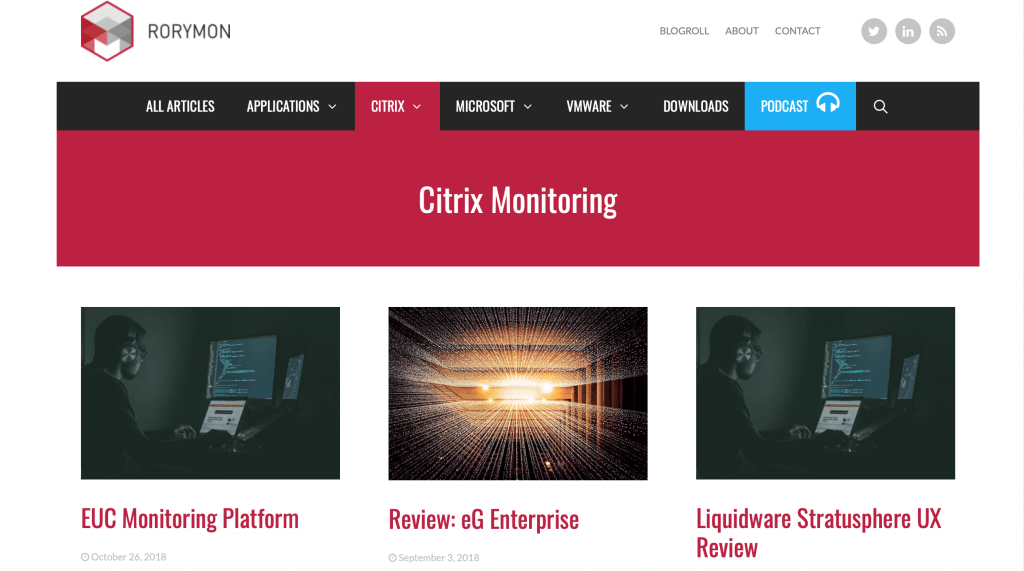 Part of the reason I set out to do this was down to the fact I was working in an environment in which we only had access to Citrix Director and as you will read in my blog post, we had problems with it’s limitations. It’s pretty good as a Helpdesk tool but the metrics provided fall short. Also, if comparing it with ControlUp in terms of empowering your Helpdesk, ControlUp is far superior to Director.

If I’m honest, I got hooked up with ControlUp licensing about 4 or 5 years ago and my impression at the time was that it was a pretty cool tool for helping manage a Citrix environment but it didn’t provide the level of data I was hoping for. I held off on investing in creating a blog post but the product has progressed significantly and now it definitely warrants a blog post!

ControlUp now have ControlUp Insights which is a formidable product for showing all kinds of data for your environment. The ControlUp Console out of the box now provides even more features and capabilities for helping to manage your Citrix environment AND the killer feature, in my opinion, the brilliant Script Based Actions (SBAs) just got a steroid injection with version 7.4.

This post may be a little different than my posts on other products in the same space as I’d like to cover some of the SBAs that I use to give an idea of the value of that feature and why I think it’s killer but first let’s dive into the monitoring and analytics capabilities.

It’s worth mentioning that ControlUp does have an agent. You can select to push the agent to a machine in your environment right from the ControlUp Console, you can even select to auto-deploy the agent upon connecting to the machine in the ControlUp Console. The agent is an important feature as agent vs agentless is a big debate in the industry when it comes to monitoring and analytics. 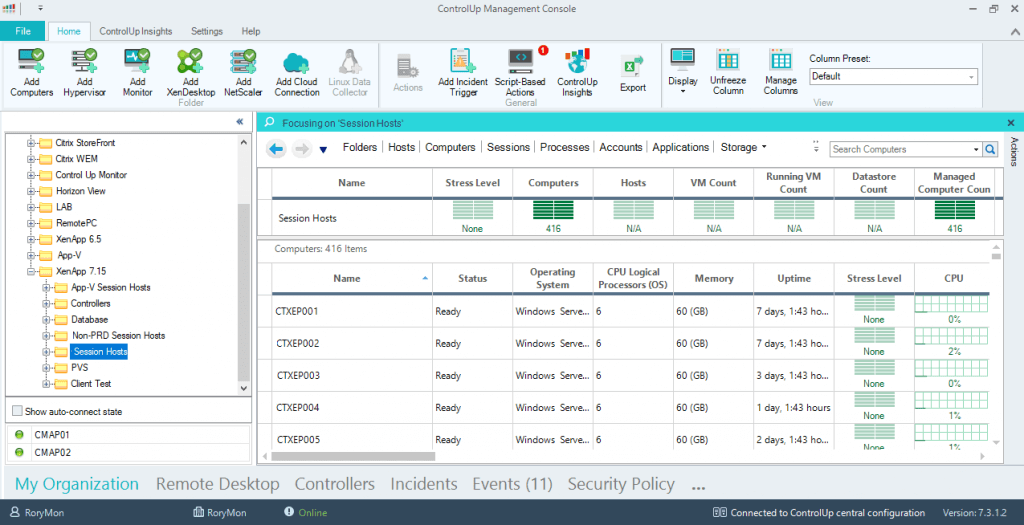 You add your machines into the Console. Once the agent has been deployed, you should start seeing live data feeding back into the Console. There are many different data points including obvious ones like CPU, Memory, Disk Writes, Disk Reads etc. but you can also see things like the name of the vdisk in use on a given machine too plus much, much more! At the user and session level you can see things like Session ID, Idle Time and more too.

When looking at the console you can see there are simple Red Amber Green indicators. (All green in my screenshot, thankfully!). If you see something which is perhaps Amber or Red, you can typically drill into it further by simply clicking on the three black bars that appear when in this state. It’s then just a matter of following the breadcrumbs.

This can be great for seeing issues in a real-time and thanks to some of the SBAs, you can usually resolve many of the problems without ever leaving the Console and we’ll get more into that later. As you may guess, this is really useful for your helpdesk and Citrix team alike. It even has value for other infrastructure teams too!

With version 7.4, ControlUp Insights has had a pretty significant release of it’s own. There are a few new dashboards available like the Host Trends Forecasting to help map out what expected resource usage will be in the coming days, weeks or months but even more news worthy, in my opinion is the performance enhancements. The dashbords now display data pretty much instantly. If you were previously a ControlUp user but are no longer, you may be surprised if you use Insights today as the difference in performance is immediately evident.

Aside from the overview information (Top Insights) I showed in the previous screenshot and the Host Trends forecasting that I mentioned, there is much more data to display. I won’t go too deep into it or it’ll be a very long blog post but by far the number one dashboard that I use the most if the Published App Usage Details dashboard as seen above. It’s pretty simple but effective.

In the past, I have been told an application I need to containerize as a priority is required by 2k users. After I publish it out, I can then use this dashboard to find out the frustrating truth that in reality only 40 people use the app! I have also used this dashboard to check how many users test an application during it’s pilot and for how long. Very useful when on project conference calls and the Go/No Go question comes up.

I can make smart statements when I have to give my vote: “From me, it’s a go because the app has been installed and it is launching as expected BUT I can see only three users tested the app for a grand total of 13 minutes between them so I would throw it back to the app owner to decide whether or not they feel they tested the application sufficiently.”

This kind of information can also be useful for right sizing and making decisions on what site a particular application should continue to be hosted on based on it’s utilization. There’s obviously much more information in Insights but this is the one I have come to rely on quite heavily.

As is the case with other products, with ControlUp you can also look at historical data and detect negative trends like a steady increase of CPU spikes, a climb in logon durations etc. The fundamental that are vitally important but maybe not as sexy as features like the SBAs that make ControlUp unique.

Script Based Actions and Automation 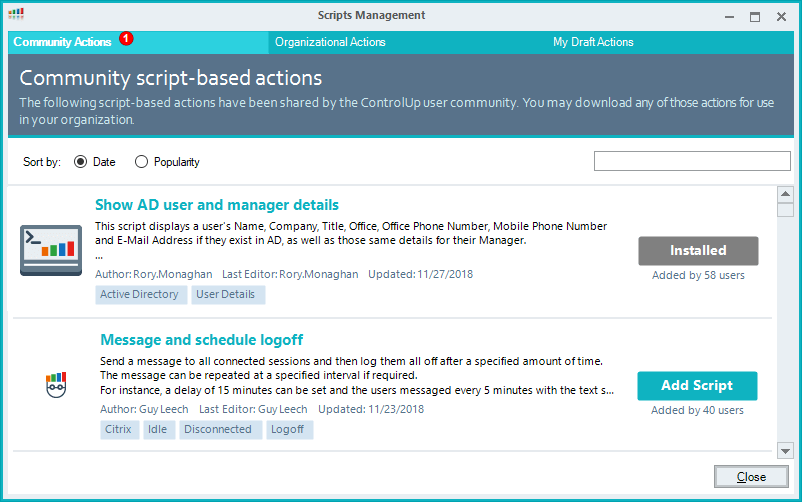 There are hundreds, if not thousands of available SBAs that can be found via the Console and installed by simply clicking one button. That’s it, you’ll then have that fix or script available within your console when you right click on a Session, Computer, Process or whatever the script is designed to address. You can also create your own SBAs to use within your environment, or if you feel up to it, you can also publish for other ControlUp customers to use like Guy Leech and I did with our above scripts.

There are many different pre-canned actions you can take on a Session, Machine, Process etc. One I personally find really simple and useful is the ability to quickly take a peak at a user’s session. You can see in the above screenshot, in the Console you can see Idle Time for the session. The data like this (and more) that ControlUp gives me together with the shadowing capabilities makes this more powerful to me than Citrix’s built in Shadowing and Session Recording. 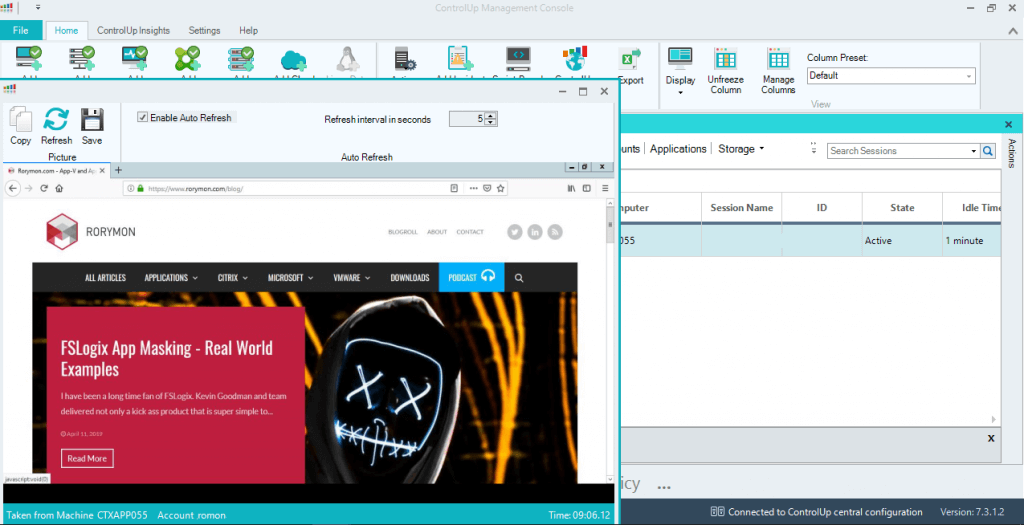 If I am to trying to drain a server in order to reboot, I can see when a session goes idle. With that info, I could then use the action to take a look to see if the user is on a lock screen for the app or maybe if they are just not actively using it. If so, force a log off through the Remote Desktop Services actions and bada bing, I can now reboot that server to get the latest vdisk. An easy way to get things done quicker without disrupting user’s productivity.

This is just one example of some built in actions that you can use and like I stated, there are many community published SBAs out there for all kings of things like listing App-V packages published to machines and users, analyzing a user’s logon duration, retrieving AD profile metadata like Department and more. 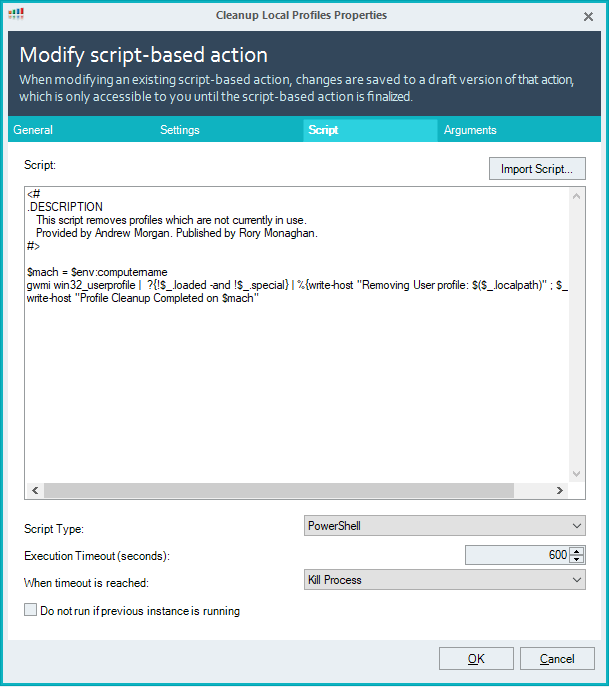 With the release of 7.4 these SBAs are now on steroids. This is because ControlUp provides ability to run SBAs based on triggers. For example, I have created some SBAs to do some storage cleanup including removing local profiles and clearing SCCM cache older than 7 days. This could be handy when our Helpdesk gets a call from a RemotePC user who states they can’t do anything on their workstation due to a full disk.

In this scenario without ControlUp in the past, it could be time consuming for the Helpdesk to remediate this as they can’t remote onto the machine themselves due insufficient disk space to create their profile.

With ControlUp 7.3 and earlier, when they got the call they could use the ControlUp Console to connect to the user’s machine and simply run my two SBAs and sure enough that would clear 10GB+ of space. That was awesome but NOW it’s even better.

We can have these SBAs run when a RemotePC user’s C:\ has 3GB or less free. No more call to the desktop in this scenario. Pre-emptive action taken automatically. Sweet!

For Citrix customers, this next one is a tale as old as time.

You have an outage, it has occurred multiple times even though your team hasn’t changed anything in the environment. Clearly, it’s something higher up the stack. You don’t see anything in the logs and Citrix support tells you everything looks fine within the Citrix components and that they need WireShark traces and CDF traces from when the issue is occurring. If it’s an issue that only lasts for a few minutes, you may not be able to get traces on all of your Delivery Controllers within that short window of time, so it’s an impossible task.

With ControlUp 7.4, you could have the product start the traces for you when a problem is detected. In my case, this would be an SBA that runs when EventID 1201 is detected.

At the same time, if i wanted I could have the script force the primary Delivery Controller into Local Host Cache mode to reduce the amount of user disruption too. All good stuff!

This is already quite a long article, it could go so much longer as the possibilities are pretty much endless. I hope I gave some of my real world examples of leveraging ControlUp to fix some issues that pop up from time to time in my environment. Screenshots and text can only convey this so much. I highly recommend you check out the above webinar and also follow @TrententTye on Twitter and YouTube as he seems to be digging deep into the possibilities of the ControlUp automation capabilities. I’m sure I’ll blog more about the automation in the coming months so keep an eye out.