I am very fortunate that in my last job, I was a ControlUp customer with access to Scoutbees and now I am beyond thrilled to work full-time for ControlUp. One of the first things I did when joining ControlUp was build out my Scoutbees Scouts to proactively monitor everything I cared about in my home lab and my various public facing websites. Minutes before my Synology NAS started letting out an ear piercing beeping sound, Scoutbees started sending me alerts about my storage device becoming inaccessible. I knew something was wrong before the hardware started to alert me. That’s one of the great aspects of proactive monitoring. You know before the help desk calls start.
I could blog about how Scoutbees alerted me to outages of our patient portal in my last job or how useful it was for showing that ALL external facing sites in the company were failing tests from the Scoutbees cloud hives at the same time thus despite what the people who subsequently called the help desk said, it was not just a case of Citrix is down, it was a case of a DNS issue bringing down many of our services. The tickets were quickly routed to the correct team since we had that data readily to hand. It saved so much time for our team on multiple occasions. Whether it’s a service outage or a service degradation, Scoutbees can show when something has changed and help you act and make informed decisions quickly. More recently, I woke up to Scoutbees alerts indicating a problem with this very website. That is what I would like to blog about today! 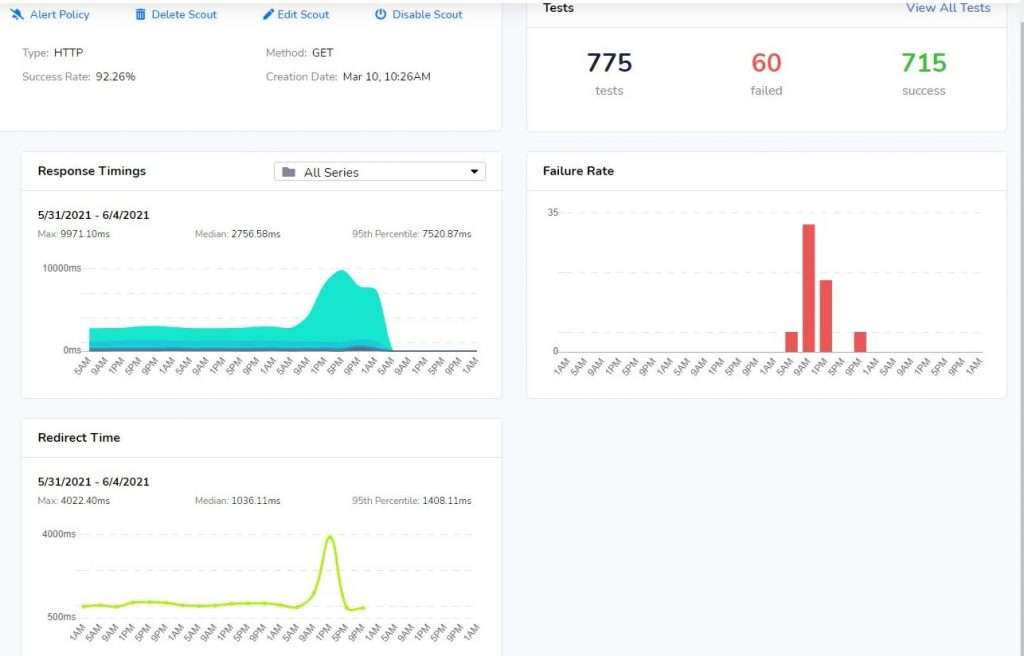 When I looked in Scoutbees, I saw that the number of redirects and the load time of my site had taken a considerable hit. 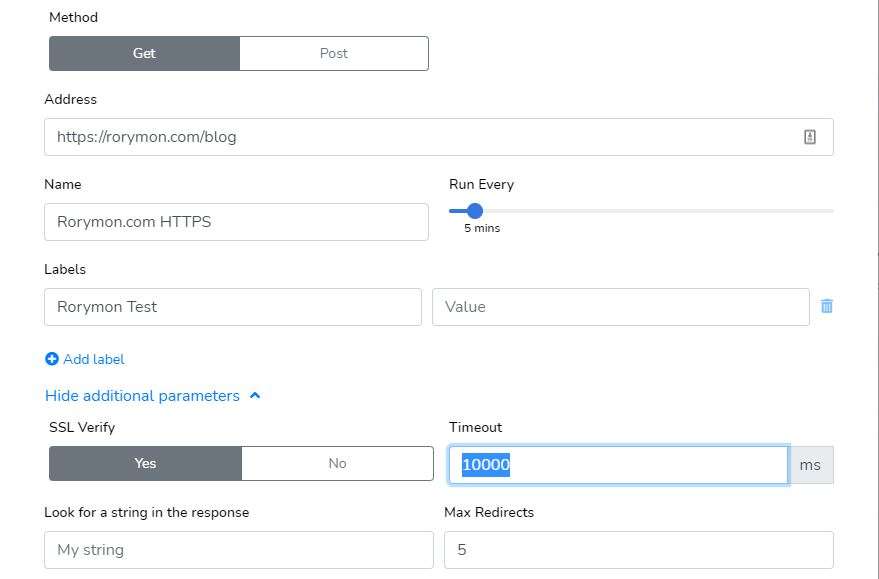 I had Scoutbees setup to test the loading of my site every 5 minutes with a timeout of 10 seconds.

Usually, my site would take about 3 seconds to load which was well within the 10 second threshold.

On the day of the performance issues all tests started to fail from 07:37am. This was key data to have!

I could see multiple key metrics started to spike right at the same time. I could see what the historic trend was too so I knew what the expected performance was and what the trends were during the poor performance. I use a 3rd party company for hosting my site so I reached out to their support with very detailed information, telling them it appears there was a change that impacted performance. It appeared to be a change in routing, I setup Cloudflare to optimize the performance and can now trend and compare the performance with Cloudflare fronting\caching the site vs performance purely when using my host’s servers. Hopefully, you have noticed that performance of the site is pretty good now. It was great to not only be notified about the performance hit but also to have data to help make informed decisions. A change in performance to my host’s servers was an unfortunate root cause but I was long overdue to jump on the CDN bandwagon anyway. My mindset of it’s just a simple blog was probably dated thinking and I’m now happy to live in the now. This incident helped me further realize the value of the kind of synthetic testing and proactive monitoring that Scoutbees provides. If you suspect your site goes down during maintenance from your host provider or that performance wains from time to time, I suggest you try out Scoutbees. It is by far the simplest enterprise product I have ever setup.

Photo by Massimiliano Latella on Unsplash