Droplet Computing: An Oasis in the Legacy App Desert

I had the pleasure of checking out Droplet Computing a few months before they officially launched. I was working with it in my home lab and thankfully in my personal life, I have no need for keeping XP apps or even older legacy apps running. My life is a mess but not that big of a mess! 🙂 My use was more of a nostalgia trip and a bit of fun but it still showed me the potential for the product.

The Need for Droplet Computing

I have worked for organizations that kept some Windows XP, Windows 2000, Windows 95 and even Windows NT machines running to support legacy applications. In the case of the Windows NT, the developer was actually dead and the company was paralyzed in trying to bring someone else in to redevelop on a newer OS. On Windows 95, the application was being used for a very specialized type of cheque printing software from a company that went out of business.

In most cases, the legacy apps worked fine off the domain since they pre-dated Active Directory, others did not. In one case, there was just a single machine down in the basement running the legacy OS and application and was kept off the network but still these are the actions of a desperate organization.

In a virtualized effort, some will run a VM with a legacy OS and legacy app within vSphere and use network and security layers to isolate the desktop as much as possible with products like NSX.

By far the most common scenario I have run into over the years has been an organization that has a legacy application running on XP. They have never tried to use a solution like Numecent Cloudpaging, CloudHouse or even Microsoft’s Application Compatibility Tooklit due to a lack of knowledge of these AND in many cases they no longer have the installation media and have no way of getting it. This is where Droplet Computing can be that oasis in the legacy application desert and help organizations get away from relying on old hardware that will die some day and allow them to move away from keeping that legacy OS running in a far from secure or reliable setup. 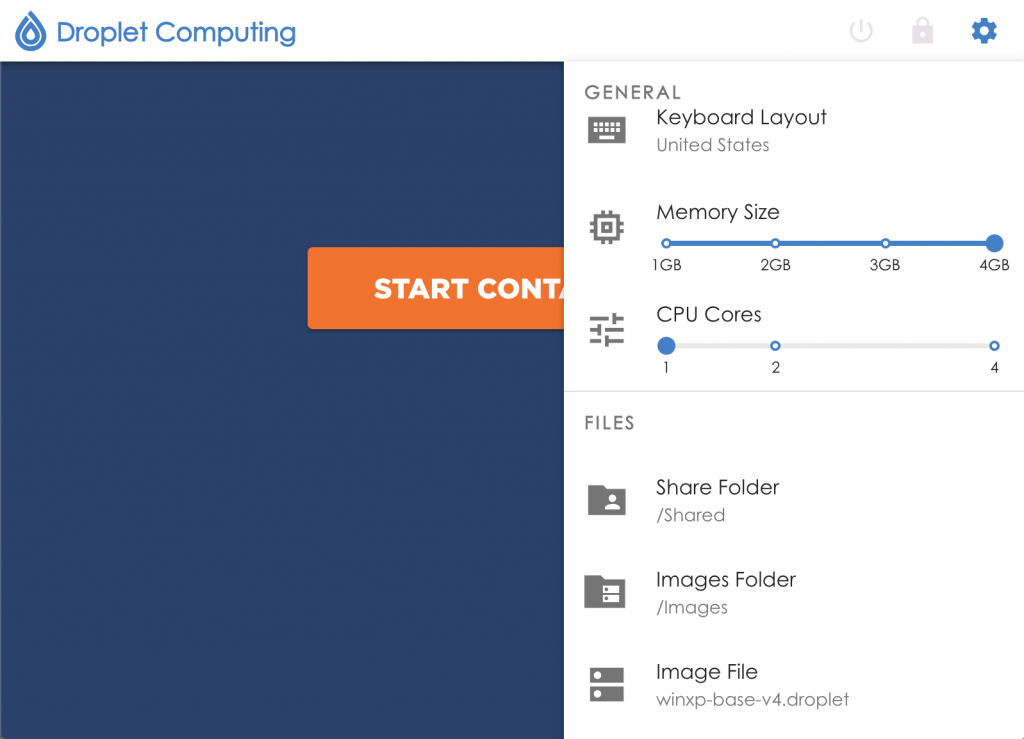 If you launch the Droplet client, you’ll see that you can choose an image file. This image file is the container image that contains your legacy Operating System (really a paired down version of the OS) and applications. As you might expect, this file can be quite large. For example, my XP base image is 2.2GB in size.

The client settings also provide the ability to set a shared directory which is a dedicated directory on your client device that can also be accessed inside the container. 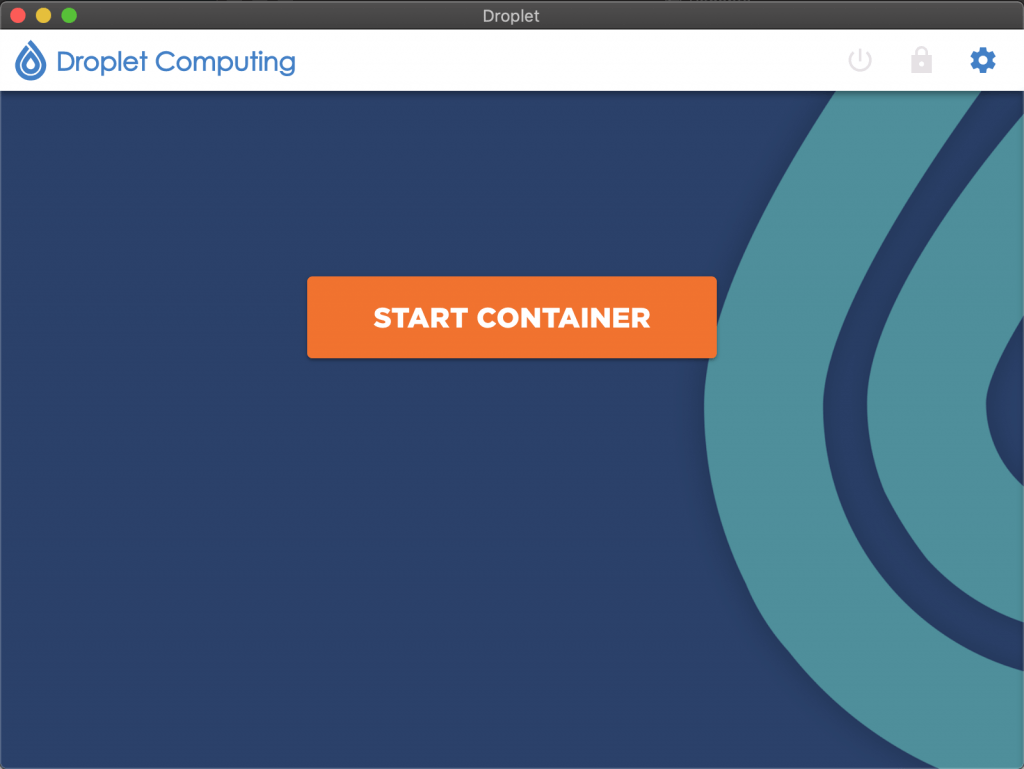 The client used for running the containers utilizes Chromium which lends itself well to portability as the there are clients for Windows and macOS available. 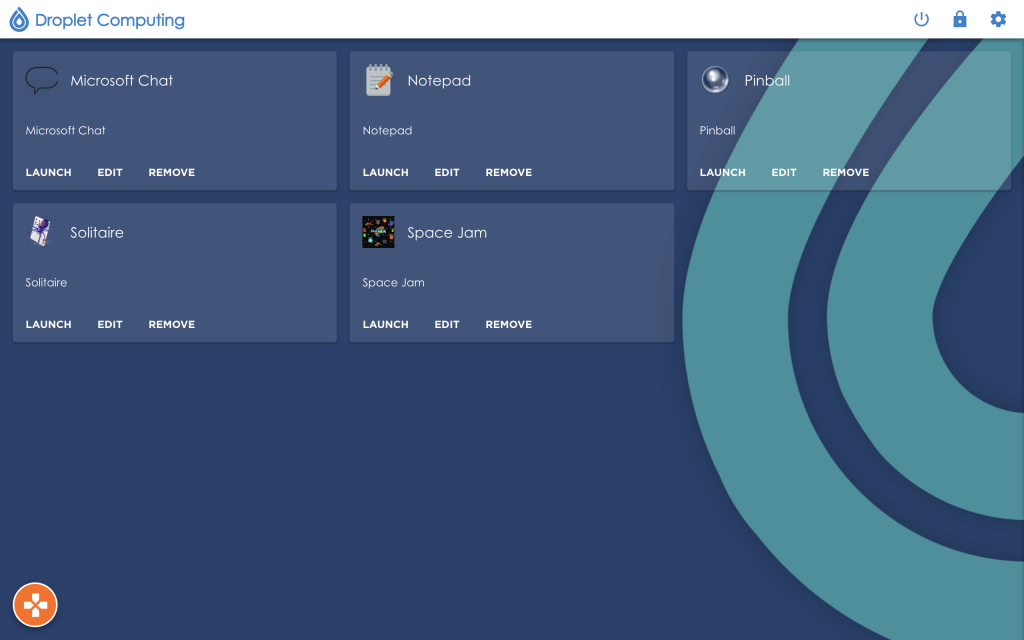 You can publish applications from the container. Like I said, the apps I picked were more of a nostalgia trip than anything. 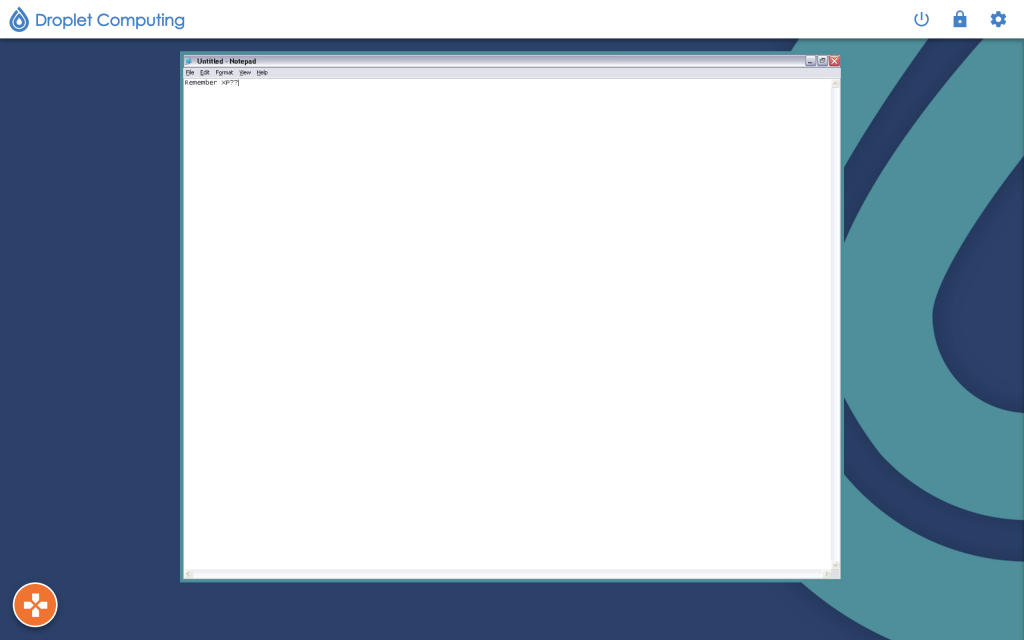 Here you can see an example of an application launched. Apps run within a frame in the client UI. 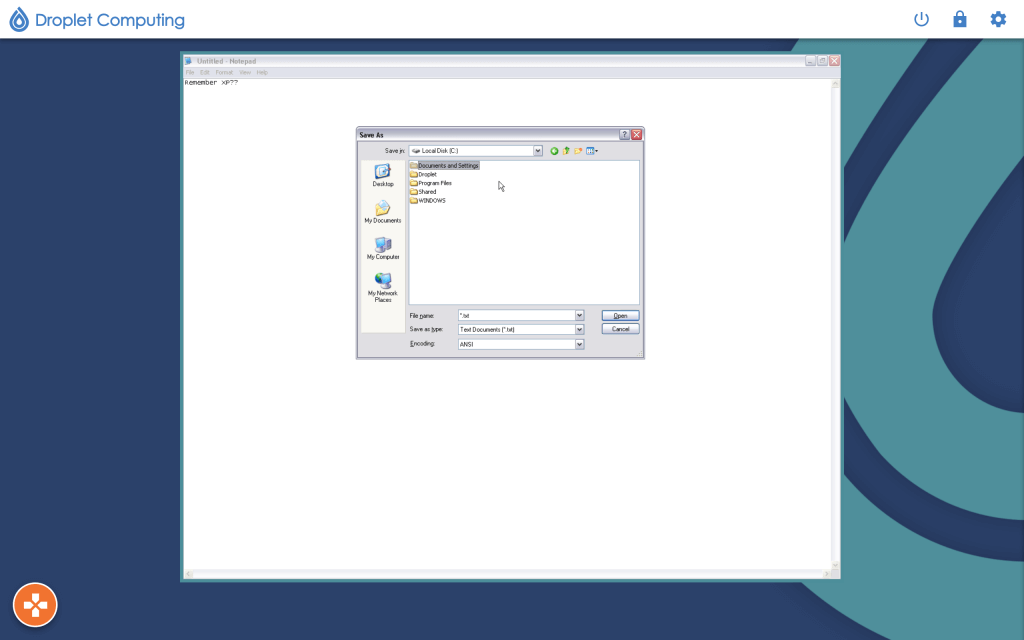 You’ll see as proof that this is running XP (if the apps weren’t proof enough) is the open file dialog shown is the old “classic” look and it’s even got Documents and Settings. 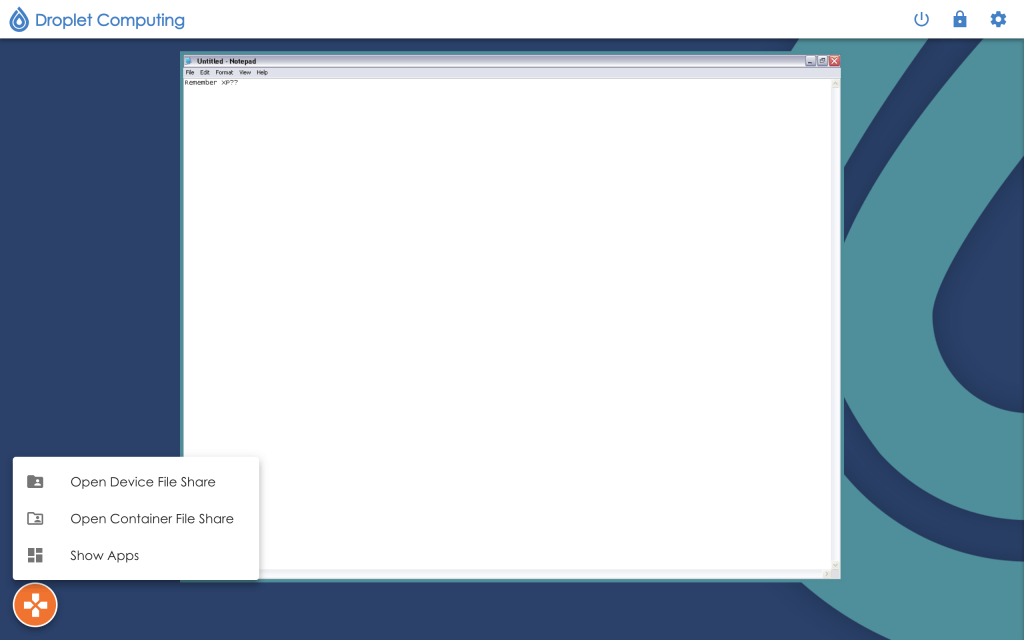 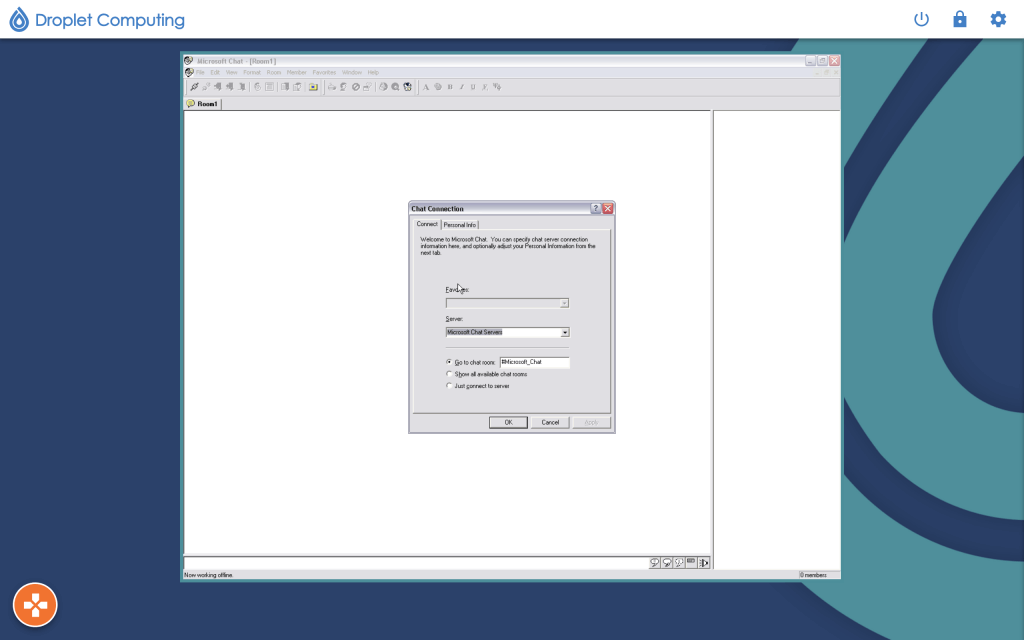 You can launch other apps from the apps menu into the same Container. You could have multiple different containers which would then open app tabs along the bottom of the client UI. 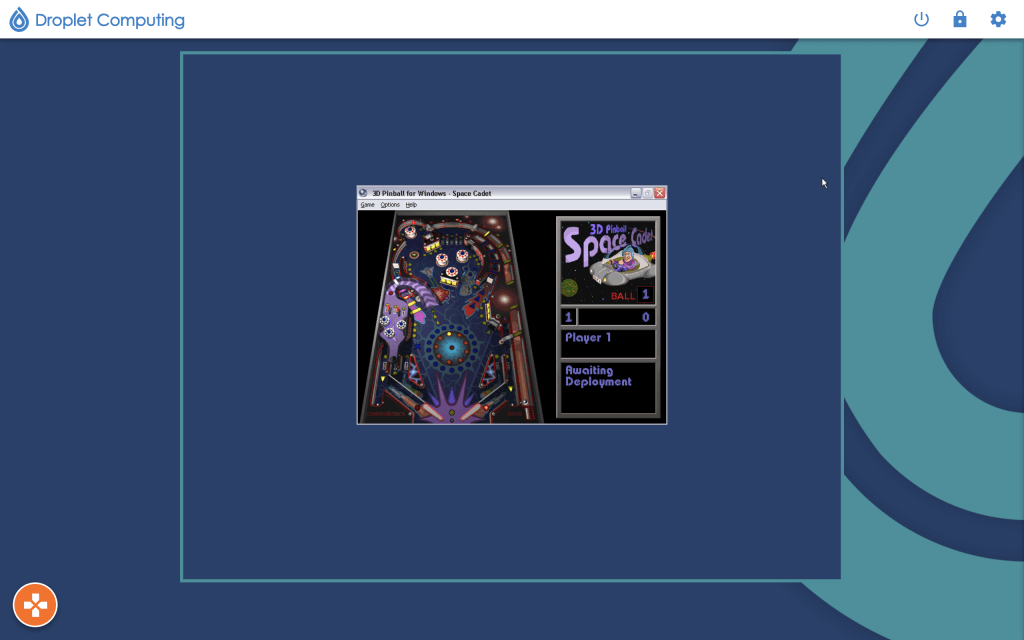 Above, I have the old Pinball game which by default run in this small window but with the current release of Droplet, it’s possible to expand the window to Full Screen.

My initial thought was this is going to be like MED-V and it is in some ways but it’s more secure. It’s not running glorious Virtual PC 2007 and running a full VM to host apps, this is running a container that is run in isolation. The container has also been pen tested by the NCC Group in the UK.

At the top of this article, I mentioned scenarios in which orgs ran applications on PCs that were not connected to the corporate network. This essentially allows you to do that without requiring some old hardware running until it dies some day, you can have the container running on your user’s primary workstations and it’s portable allowing you to bring the app forward with you in the future.

Probably the most appealing ability with Droplet Computing for me is that I can take that XP PC running my old software and take put it into a container without requiring installation media or knowledge of the install, which most orgs no longer have.