I had a couple of really great conversations during the EUC Masters Retreat about app management. It seemed several people worked in environments where fewer apps were being published via Citrix Virtual Apps and Desktops or Horizon Apps or even to full on virtual desktops. Application Layering and traditional application virtualisation products like App-V and ThinApp also did not factor in. Most turned to deploying applications to remote physical endpoints via their Mobile Device Management product of choice (mostly Intune/Microsoft Endpoint Manager). This is not all that surprising given that organisations couldn’t pre-plan the effort to send people home in 2020. Plenty of orgs turned to VPNs in their time of need too. Of course for better or worse, even with pre-planning many organisations very likely would still have moved to MEM eventually anyway since Microsoft is kind of the defacto choice for management. 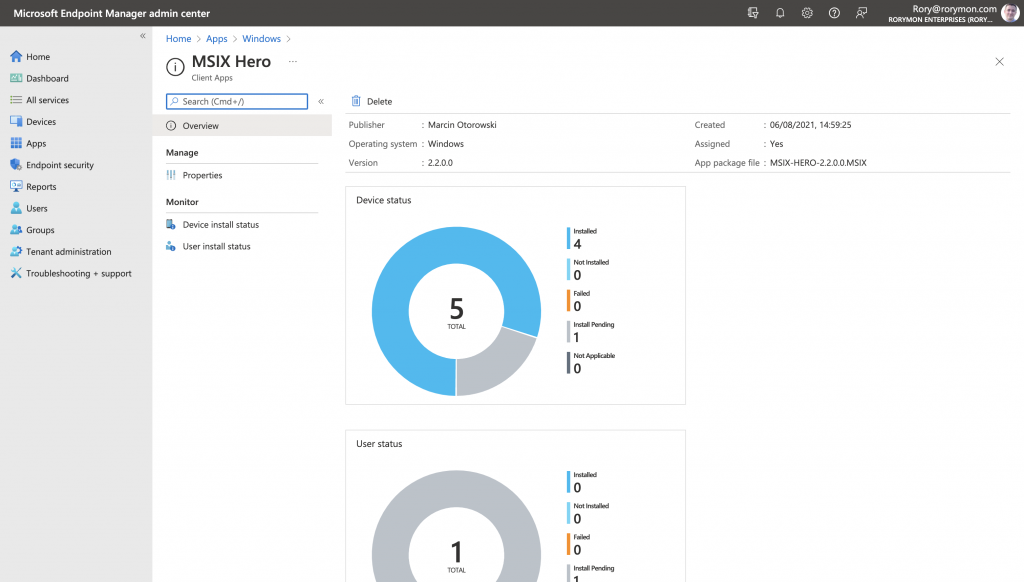 With that said, in my opinion deploying MSI, EXE and/or Intunewin packages with MEM is not the best option. It definitely has its place for some apps but this should not be how you deploy apps en-masse. VPN is also a step backwards but similarly does have certain uses cases. Don’t throw MEM/Intune and VPN out completely but rather use them as needed. Just as VPN is a step backwards, deploying traditional locally installed applications is a step backwards too.

MEM supports the deployment of MSIX packages which are closer to virtual applications or containers which is much better than deploying locally installed app package formats. Unfortunately, MSIX currently has a high pain barrier for adoption due to several application compatibility limitations. I hope compatibility increases in the coming months and years but right now you’ll be lucky to get 40% of your apps into the MSIX package format.

Not to focus too much on Microsoft but I’m not a huge fan of RemoteApp either. I prefer Horizon Apps or Citrix Virtual Apps, with a slight lean towards Citrix for my published apps. I like the way the client presents the applications and importantly how it handles momentary disconnects. It seems some orgs have been moving away from platforms like Citrix. I’m not sure that is a good strategy. I think a Workspace has a place in modern management. Certain Citrix Workspace features were ambitious like microapps but both Citrix Workspace and WorkspaceOne offer an excellent employee experience and a good experience for admins too. Long before the pandemic, I worked in a healthcare setting where our CIO wanted a Workspace to have complete consistency when people are on different devices and at different locations. That is still a desire for many. Shout out to others in this space too like Cameyo, AppsAnywhere and Nutanix Xi Frame.

But no matter if you are deploying applications to users on remote/local physical endpoints or via a Workspace offering you should avoid locally installed applications. They have always been an inefficient way of deploying applications in an enterprise. Locally installed apps may require reboots, they can conflict with other applications and if packaged poorly can even cause problems on the system too. MEM for all of its benefits can be very slow for deploying new applications and application updates with some people reporting a 24+ hour deployment time which would be unacceptable in any enterprise environment I worked in. Particularly for business critical applications but even for the apps that aren’t necessarily business critical, why would you deploy them so inefficiently?

Now we are in a point of time when there is an excellent opportunity for vendors who make a modern app package format and delivery platform and in this moment of need, we have fewer options than ever before in my career. My personal favourite is Numecent Cloudpaging and now Numecent Cloudpager. The former is an on-prem server to client offering. The best part of the product is the fact that any app you throw at it will work unlike when you try to deploy apps with most layering or traditional app virtualisation products. So you get as high of a rate of success as with your MSI or EXE all while being able to avoid problems like install reboots, app conflicts and broken systems.

Not only that but both Cloudpaging and Cloudpager can place application shortcuts in the start menu or on the desktop just like users expect. No need to go to a web portal (unless you prefer them to use a web portal of course, which is also supported). Cloudpager which is a cloud offering goes even further. It transforms how you deliver all of your applications using container technology.

I have blogged about Cloudpager already so rather than repeat myself I’ll keep it short but Cloudpager enables you to not just deploy the Cloudpaging packaged apps but also your existing App-V and MSIX packages too. Best of all, like other container tech you can quickly roll back the containers to a known good state. So in the event that perhaps the app owner gave incomplete instructions (never happens) and you need to revert your update you can do that quickly and easily. Just like Kubernetes allows you to deploy a set of containers in a pod, you can deliver a set of containers via Cloudpager made up of your MSIX, App-V and Cloudpaging apps in Workpods. Cloudpager supports AWS SSO and Azure AD too. Deploying apps is as simple as dragging and dropping the package into the admin console, adding the apps to a new or existing pod and ensuring it is assigned to your user or groups.

And of course, those apps can be deployed and used out on any virtual desktops you may use. Or locally run on any Windows endpoints you may have. Works awesome for most scenarios. Check it out and join the user group. Also, a shout out to Turbo and Liquidware. 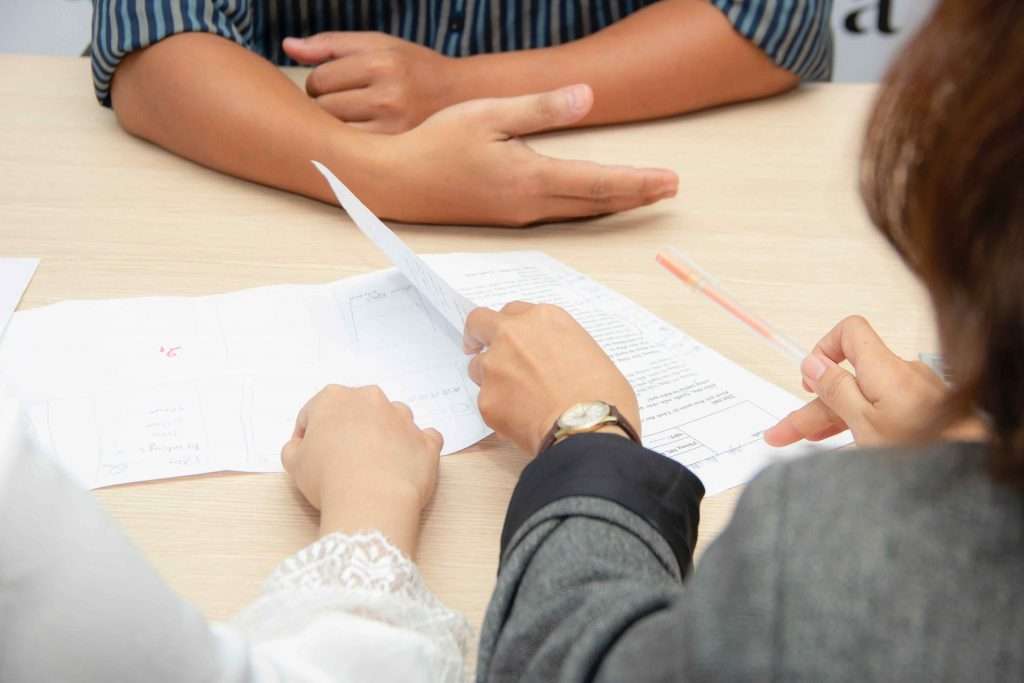 I am currently unemployed to take an extended leave for health reasons, I have recently interviewed for packaging jobs. It is remarkable to me that suddenly, there is a demand for Application Packagers again. Over the last 10 years or so, it seemed like that work was usually outsourced or employers lumped packaging in with other roles like Citrix Engineer or Desktop Engineer. The interviews have been a little worrying. One company was using App-V but didn’t have anyone with App-V knowledge so needed someone to come in and help maintain their existing packages and package new apps but most I interviewed for just wanted general MSI packaging with no standards being followed…just a case of, we want to deploy this app and have it work x way, so package it to do that. It feels like we’re moving backwards. In 2017, I blogged my thoughts about Packaging Dying. The jobs weren’t there any more. More and more organisations were just throwing apps out and hoping for the best or baking them into large images. Storage was cheap and expectations for app delivery turnaround was low.

Then the pandemic hit. Suddenly centralised IT had to become decentralised and apps needed to get to remote physical endpoints. Orgs weren’t packaging applications properly and relied on MECM and apps baked into images but these weren’t good options for those laptops people rushed out of the office with and kept home for 2 years. As we accept remote work has a place long-term, we should all be looking at the best way to manage these remote devices and experience. Right now, locally installed applications on remote endpoints is NOT it, imo.

More and more organizations are turning to the cloud with a particular interest in Windows 365 for its simplicity of management. It is an awesome offering but I urge you to do your IT team and employees a favour and look at the best way for deploying applications. The apps are the most important tech component for productivity and productive employees with a good experience are happy employees! If you try to bring old habits like cramming apps into images in Windows 365 that is going to come at a significant cost! Modernize now!