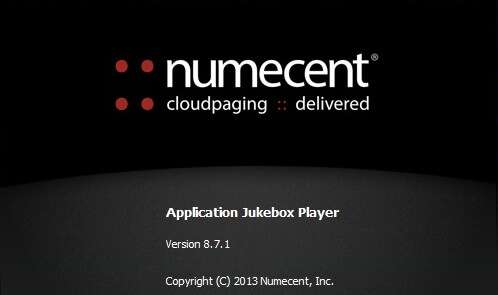 This past year my curiosity ran wild over Numecent Application Jukebox, it featured in the Application Virtualization Smackdown for 2014 (which you can find HERE )  that I contributed to, but I had never used it before. I read in the feature matrix at the bottom of the book (the one which illustrates side by side, the biggest technologies on the market) that Numecents solution had much fewer limitations when it came to application compatibility than all others including the big names such as Microsoft App-V, VMWare ThinApp and Symantec Workspace Virtualization. I couldn’t wrap my head around how this could be possible, I needed to get my hands on it to try it out.

Over the course of a few weeks, I had the privilege to take a look at Numecent Application Jukebox. I installed the client software on my personal laptop and used some ‘cloudified’ applications delivered with Numecents patented Cloud Paging technology. As is the case with all other streaming technologies the first launch took longer than subsequent launches as the application became cached on my drive. Don’t worry, this is not mandatory, it is possible to stream to a network share so this solution is certainly viable in a VDI implementation.

The tool available for packaging of ‘Cloudifying’ applications is called the Studio. Which like with any good capture tool should be on a clean Virtual Machine. You simply run the capture and Install the application and configure to your needs. When finished, you just click ok a waiting prompt. You can then browser through any captured files, registry, services, drivers, environment variable or startup tasks that may have been captured and alter as you see fit. It really is a very straight forward tool to use, if you have used an other application virtualization packaging tool or even a capture tool, this should be no problem for you.

As I learned over the few weeks, this solution provides the ability to capture a pre-fetch. Which basically allows you to capture the initial launch and whatever actions or steps you believe are most important for your users. This might include browsing to certain menus to ensure those are available right away or maybe opening the Options or Preferences dialog or whatever you desire. This optimizes the performance of the streaming and ensures a great user experience. This may sound a little like Feature Blocks in App-V and it is but something which is unique to Numecents solution is the fact that you can capture multiple pre-fetch’s and tailor them to different subsets of users as you may have some users which require something others do not. Also unlike Feature Blocks. You capture the pre-fetch on a client machine, not during the cloudification\packaging\capture itself. Pre-fetching the application on first run

In all honesty, I didn’t get much exposure to the Studio tool. I did get to see it in action but didn’t get to really do anything of great substance. What I saw was very promising. If like me, you have been creating virtual applications for years, the one word in the Application Virtualization feature matrix for Application Jukebox that stood out to you, was likely that drivers…there’s no typo. You can actually include drivers as part of the package! How is this possible you might ask? Sorcery? Witch Craft!?!? From what I can see and I should qualify this with the fact that I only got a limited exposure to the product, It seems Numecent Application Jukebox is much more flexible than the other solutions I have used. There’s a much broader control of what Isolation can be applied to your applications. Other technologies such as App-V and ThinApp that boast isolation, struggle to deal with any applications which contain components that require system wide visibility and\or to run in the Kernel layer. Thus, why drivers do not work, thus why COM+ does not work with App-V or ThinApp as of this writing. Numecents Isolation options are presented in different layers you can choose from. For example, if you configure to the layer 2 isolated setting with Application Jukebox you can capture COM+ and DCOM and if using Layer 4 you can pretty much capture and run anything else which causes a problem with other Appvirt technologies as this is the least isolated layer. Layer 3 and 4 are closer to the isolation you expect with the likes of ThinApp. Using Layer 1 and 2, is of course is not without it’s own draw backs, if Isolation is a huge priority of yours then doing this may be taboo. Your application may conflict with others. Personally, Although I do like Isolation, I love having the option to go with a non-isolated mode. In my own personal experience the newest software being released by vendors doesn’t suffer from the old problem of DLL Hell, programmers have improved their own practices and tend to produce applications which can work side by side without causing conflicts, for the most part. I do like streaming as a delivery mechanism, it is vital to a non-persistent desktop experience and the fact that I can stream pretty much any application with Application Jukebox means it’s a force to be reckoned with. I only wish I had more experience packaging with the tools and testing it out.

From what I saw of Application Jukebox, which was 30 days using some Cloudified apps and about an hour or so of looking at the Studio tool. The product is pretty cool. It’s seems very simple to package with the studio tool, which provides a great level of control in terms of setting isolation and also the ability to include some custom scripting when desired. Anything I could think of which you may want to modify in a package is catered for in the tooling. Obviously as stated the option to stream without a very restrictive isolation setting is a big win for a VDI project and the fact you can enforce isolation means it’s also a winner for Servers and Cloud Hosting applications. The ‘CloudPaging’ streaming seems to be a very efficient mechanism for streaming. I honestly don’t know a whole lot about the Infrastructure setup so I can’t speak to that. Of course, my reviews of all products come with some faults. My fault with this product so far is merely it’s lack of presence and awareness. It’s quite difficult to find information online other than that on the Numecent website, there is no real online community, there’s no trial version freely available for download or a community edition to give consultants or enthusiasts necessary exposure. I believe the product is being more aimed towards the likes of Universities rather than big Enterprise and so I believe this product may remain on the fringes which is a real shame. At the end of the day in order to gain a wider audience they will need to cater for a wider audience and at this time I Believe they are happy to cater to a very select few. Not that there’s anything wrong with that, it just sucks for the rest of us! 🙂

Update: I shared this post with the nice people over at Numecent and received the following feedback:

Thank you for the review and exposure of Numecent Cloudpaging. We wanted to follow up and let you and your readers know that we support both enterprise and ISVs customers directly and indirectly through our resellers. And while currently we don’t have an open self service trial available, we do provide free hosted trials of our software by invitation. We can be contacted through our website at “numecent.com”.